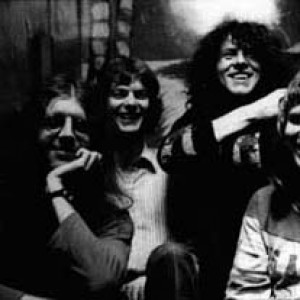 National Health was a progressive rock band associated with the Canterbury Scene. Founded in 1975 by keyboardists Dave Stewart and Alan Gowen, the band also included guitarists Phil Miller and Phil Lee, bassist Mont Campbell, vocalist Amanda Parsons (one of "the Northettes" from Hatfield and the North) and "temporary" drummer Bill Bruford. Before their first tour Lee departed; after the tour Campbell was the next to exit, replaced by bassist Neil Murray. By 1977 Bruford was off to form U.K.), and former Hatfield drummer Pip Pyle took the drum spot.

Before the first LP, Gowen and Parsons also quit, though both returned long enough to record the self-titled 1977 debut album.

After the sessions, Murray was next to leave the band, succeeded by former Henry Cow bassist John Greaves. The second album, Of Queues and Cures (1978) included a number of guest musicians in addition to the core quartet. Stewart was the next to depart in early 1979, replaced by Gowen; the band finally folded in early 1980.

After Gowen's untimely death in May 1981 (due to leukemia), Stewart, Miller, Pyle and Greaves reconvened to perform a benefit concert, much of it unrecorded material by Gowen; this evolved into the 1982 tribute album D.S. Al Coda; all compositions were Gowen's, most previously unreleased.

Their 1978 record Of Queues and Cures is currently held as the third best record ever (of 53,000 candidate records) on the Gnosis web site. The original albums and additional archival tracks have been released on CD.

Of Queues And Cures