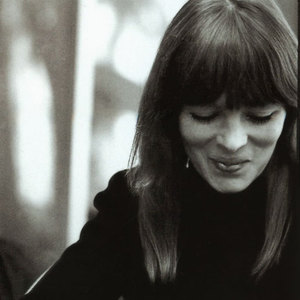 There is more than one artist with this name: 1) Nico (born October 16, 1938; died July 18, 1988) was a German model, actress, singer, and songwriter. She was born Christa P?ffgen in Cologne, Germany. She started a successful career as a model in Berlin and Paris, studied acting at Lee Strasberg's New York Actor Studio. She then became part of the Swinging London scene, and had a short relationship with The Rolling Stones' Brian Jones and she recorded her first record in London in 1965, the single I'm Not Saying/The Last Mile...

1) Nico (born October 16, 1938; died July 18, 1988) was a German model, actress, singer, and songwriter. She was born Christa P?ffgen in Cologne, Germany. She started a successful career as a model in Berlin and Paris, studied acting at Lee Strasberg's New York Actor Studio. She then became part of the Swinging London scene, and had a short relationship with The Rolling Stones' Brian Jones and she recorded her first record in London in 1965, the single I'm Not Saying/The Last Mile, produced by Jimmy Page, for Rolling Stones manager Andrew Loog Oldham's label Immediate Records. Thanks to Jones she met Andy Warhol in New York City and became part of Warhol's Factory, and Warhol introduced her to the Rock band The Velvet Underground, with whom she recorded the album "The Velvet Underground & Nico", featuring the legendary banana cover designed by Andy Warhol. The album has been named by numerous publications as one of the top 100 albums of all time, and is often considered one of history's 10 most influential albums by critics.

Nico later recorded several solo albums, including the folksy Chelsea Girl in 1967, followed by original albums such as The Marble Index and Desertshore, which were much darker and avant garde in style. She released several more albums throughout the 1970s and 1980s, including The End..., but died in 1988 from a cerebral hemorrhage after falling from her bike in Ibiza, Spain. She is buried in Berlin, next to her mother.

3) Nico is the alias of US techno / acid / rave producer Nicolai Vorkapich. Died prematurely in 1999 of cancer.

4) Nico (Nicoleta Matei) is a known Romanian singer. She've participated in last few Romanian preselections to ESC and finally she was choosen in 2008 to represent Romania with song "Pe-o margine de lume" with Vlad Mirita. They have passed the semifinals, but in final they had no succesful place.

5) is a Congolese bandleader, singer and guitar player.
Nicolas Kasanda wa Mikalay (July 7, 1939 ? September 22, 1985), popularly known as Dr. Nico was one of the pioneers of soukous music. He was born in Mikalayi, Kasai province in the Democratic Republic of the Congo. He graduated in 1957 as a technical teacher, but inspired by his musical family, he took up the guitar and in time became a virtuoso soloist. At the age of 14 he started playing with the seminal group Grand Kalle et l'African Jazz, led by Joseph "Grand Kalle" Kabaselle. He became an influential guitarist (Jimi Hendrix once paid him a personal visit while on tour in Paris), and the originator of the ubiquitous Congolese fingerpicking guitar style, acquiring the nickname "Dr Nico". African Jazz split up 1963 when Dr Nico and singer Tabu Ley Rochereau left to form L'Orchestra African Fiesta, which became one of the most popular in Africa.
He withdrew from the music scene in the mid 1970s following the collapse of his Belgian record label, and made a few final recordings in Togo, not long before he died in a hospital in Brussels, Belgium in 1985.

6) Nico M'Barga 1 January 1950 ? 24 June 1997) was a highlife musician, born to a Nigerian mother and a Cameroonian father in Abakaliki, Nigeria.
His music was inspired by the five years he spent in Cameroon during the Nigerian Civil War in the late 1960's. He played the xylophone, conga, drums, and electric guitar in school bands and he made his professional debut as a member of a hotel band, the Melody Orchestra, in 1970.
Although he only recorded one significant hit, "Sweet Mother," in 1976, which sold more than 13 million copies (and which is recognised as one of Africa's greatest songs), Mbarga played an important role in the evolution of African music. With his soulful vocals set to the light melodies of his acoustic guitar, Mbarga created a unique hybrid of Ibo and Congolese guitar playing and uplifting highlife rhythms. He formed his own group, Rocafil Jazz, to perform regularly at the Naza Hotel in the eastern Nigerian city of Onitsha. After releasing a disappointing single in 1973, Mbarga and Rocafil Jazz had their first success with their second single, I No Go Marry My Papa, which became a regional hit. The band's inability to break past their local following, however, resulted in their recording contract being dropped by EMI. The label's decision proved ill-fortuned when the band signed with the Onitsa label and recorded "Sweet Mother." Sung in Pidgin English, the song became one of the top sellers in the history of Nigerian music. In the six years that Mbarga and Rocafil Jazz remained with Onitsa, 1975 to 1981, they recorded nine albums. Temporarily relocating to England in 1982, Mbarga became known for his flamboyant, 1970s glam rock-inspired performances. While he continued to appear with Rocafil Jazz, Mbarga also performed with London-based highlife band the Ivory Coasters and Cameroonian vocalist Louisiana Tilda. Despite launching his own Polydor-distributed record label, upon returning to Nigeria, Mbarga and the original members of Rocafil Jazz separated after several Cameroon-born members were deported. Although he later formed the New Rocafil Jazz Band, Mbarga failed to match his early success. Leaving music, he turned his attention to managing the two hotels that he owned, Hotel Calbar and the Sweet Mother Hotel. Sweet Mother is sometimes called Africa's anthem and has been voted Africa's favourite song by BBC readers and listeners.