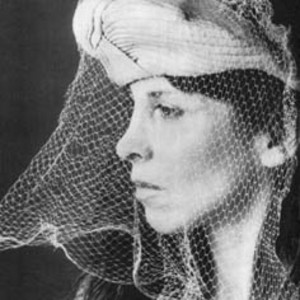 Annette Peacock (n?e Coleman) (born 1941, Brooklyn, New York, USA) is a vocalist, composer, poet and producer mostly active within avant-garde/free jazz, active from the mid 1960s to the present. She is generally appreciated for her adventurous song writing and for her pioneering work with early synthesizers and vocal processing. Music critics are often quick to note that, despite some recent attention and a few re-releases, her work remains remarkably under-appreciated.

Music critics are often quick to note that, despite some recent attention and a few re-releases, her work remains remarkably under-appreciated.

Annette Peacock began composing at the age four years. Her mother was a violist in the San Diego and Philadelphia Philharmonic Orchestras.

At 19, Annette married jazz bassist Gary Peacock who began working with Miles Davis, Herbie Hancock, Bill Evans, Sonny Rollins, and currently Keith Jarrett. At the beginning of the 60's she toured with Albert Ayler, studied Zen Macrobiotics with Michio Kushi, and was a close associate of Timothy Leary at the psychedelic center in Millbrook.

In 1964, pianist Paul Bley first began featuring her avant-garde compositions - ultimately on over 60 records. At the end of the 1960s she and Bley became strongly associated with the musical possibilities of the newly-emerging synthesizer. Given a prototype by Robert Moog, Annette invented a way to externally augment and process her own voice through the synthesizer, as well as playing electric bass, electric piano. and electric vibraphone - most notably at Town Hall, and a concert produced by Annette at Philharmonic Hall, Lincoln Center, now known as Avery Fisher Hall (New York City) which she promoted with spots on late night TV and a guest appearance on the Johnny Carson Show.

In 1968 she recorded Revenge for Polydor, and 1971 recorded I'm The One (voted by the journalists of WIRE magazine as one of the top 100 records that "shook the world") released by rca in 1972; and appeared as a "Hologram" in a show and collaboration with Salvador Dali. After which began her first gap of six years until the release of her next album X-Dreams, when she was also recording with Allan Holdsworth on Bill Bruford's first solo project, the prog-rock classic Feels Good To Me.

She started her own indie label ironicrecords in the UK and issued four albums from 1981 to 1988 distributed by Rough Trade.

In 1987 her vocals featured prominently in the track Goodbye Mr G on the Andrew Poppy[/album] album 45 Is (released on the ZTT label). Here, Peacock performs one of her unique styles - a mixture of spoken, sung and sprechstimme vocals on the text provided.

In 1997, Manfred Eicher commissioned Ms. Peacock to compose a project for string quartet and herself on piano and voice. An Acrobat's Heart was released by ECM in 2000. Also in 1997, on ECM, the tribute double CD of Annette Peacock songs: "Nothing Ever Was, Anyway / Music of Annette Peacock".

Her song My Mama Never Taught Me How to Cook was included in the soundtrack of director Kevin Smith's classic indie film Chasing Amy in 1998.

At the beginning of 2006, she started-up her own label again ironic US with an unpromoted release 31:31. At the same time the result of her collaboration with Coldcut, Just For The Kick, was released on their current album Sound Mirrors distributed by NinjaTune.

Been In The Streets Too Long

I Have No Feelings (Vinyl)