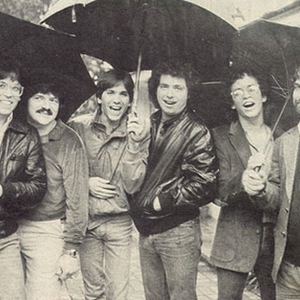 Toto is a Grammy Award winning american rock band that was formed in Los Angeles, California in 1977 by David Paich, Steve Lukather, Bobby Kimball, brothers Jeff Porcaro and Steve Porcaro, and David Hungate. The band members had met in high school and at studio sessions in the 1970s, when they became some of the busiest session musicians in the music business. Composed entirely of seasoned studio musicians, Toto seemed to come out of nowhere. They did not get known first on the club circuit as nearly all bands do prior to being signed by a label.

Composed entirely of seasoned studio musicians, Toto seemed to come out of nowhere. They did not get known first on the club circuit as nearly all bands do prior to being signed by a label. Their reputations in the studio were enough. For example, Paich, Hungate and Jeff Porcaro wrote songs for and performed on Boz Scaggs' album Silk Degrees.

Toto released their debut album Toto in October 1978, selling two million copies based on their top ten hit Hold the Line. The next two albums Hydra and Turn Back had little success, but Toto IV (released in 1982) featured the number one hit Africa as well as the top ten single Rosanna. Toto IV went multi-platinum and earned several Grammy Awards including 1983 Album of the Year and Record of the Year (for "Rosanna").

Their only film work to date was for the 1984 David Lynch science fiction film Dune. In addition to their own score, they also recorded the Prophecy Theme, composed by Brian Eno.

After the release of Toto IV, Mike Porcaro (brother to Jeff and Steve), joined the group on bass, replacing Hungate. In 1984, Bobby Kimball left the group after being arrested for selling cocaine and was replaced by Dennis Frederiksen aka Fergie Frederiksen, who was replaced not long after by Joseph Williams.

Steve Porcaro left the band in 1988, however, he still contributes as a sideman.

In 1990, Jean-Michel Byron replaced Williams for the new recordings on Past to Present 1977-1990, then left with Lukather becoming the group's lead singer.

On August 5, 1992, Jeff Porcaro died of a heart attack, days after completing work on Kingdom of Desire. The group considered disbanding, before adding British drummer Simon Phillips for the subsequent tour. In the years since Porcaro's death, Lukather has seemingly succeeded Paich as the band's de facto leader.

In 1999, Bobby Kimball returned to the lineup after a 15-year absence. stoer

Greg Phillinganes joined the lineup in 2004 to fill in for David Paich during a tour, then officially joined Toto in 2005.

After a period of rumours and some allusions, on June 5th, 2008 Steve Lukather made an official announcement on his website stevelukather.net, stating: "The fact is yes I have left Toto. There is no more Toto." Lukather further stated that after 31 years of recording, producing and playing with Toto without even missing one single gig, he couldn't do it anymore: "I just can't do it anymore and at 50 years old I wanted to start over and give it one last try on my own." With Lukather being the only original member left in the band (Bobby Kimball was also an original member, but was out of the band from 1984-1998) there was no other option than to call it quits. As the main motivation for his decision, Lukather said: "When Dave retired that was REAL hard for me 'cause we started the band together. Hell, it's 35 years if you count High School where the core all met. When Mike fell ill and had to leave that was it for me. If there isn't Paich or at least one Porcaro how can we even call it Toto?" Luke also stated: "Honestly, I have just had enough. This is NOT a break. It is over. I really can't go out and play Hold The Line with a straight face anymore." The break-up of Toto after 31 years received mixed reactions from the fans, but in general the decision was understood and many agreed with Lukather's reasons to quit the band.

On April 5th, 2008, Toto played what would be their last show ever, in Seoul, Korea, as a part of their Falling In Between Live tour. This left lots of fans without a real farewell tour.

On February 26th, 2010, Steve Lukather announced on his Twitter-account that Toto are reforming for a brief tour in Europe in the summer of 2010 to honor bass player Mike Porcaro, who's suffering from ALS syndrome. Line-up will include David Paich, Steve Lukather, Steve Porcaro, Simon Phillips, Joseph Williams and Nathan East.

With A Little Help From My Friends (Live)

Greatest Hits: 40 Trips Around The Sun