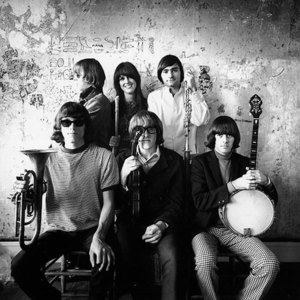 Jefferson Airplane was a psychedelic rock group formed in San Francisco. It was the first of several Bay Area psychedelic groups of the 1960s to become internationally known. The band was founded by singer Marty Balin and guitarist Paul Kantner in 1965. With the addition of Signe Anderson, their male-female singing style showed their folk music roots plus Balin's love of R&B singing styles. In fact their dual lead vocals were a hallmark of their sound throughout the Airplane's career, as confirmed (to international acclaim) after Grace Slick replaced Signe Anderson as the female singer.

The other members of the band were guitarist Jorma Kaukonen, bassist Jack Casady and drummer Alexander "Skip" Spence.

After the release of their first studio album, Takes Off (only released in the USA), Anderson and Spence left the band. They were replaced by Grace Slick and Spencer Dryden, respectively. Grace Slick brought with her an amazing voice, attitude and two songs from her former band The Great Society. Both songs, "Somebody to Love" and "White Rabbit", received much airplay and helped make the band's second album Surrealistic Pillow a big seller, and also to pretty much define San Francisco's "Summer of Love" zeitgeist, just as the psychedelic era was coming into full bloom.

Surrealistic Pillow is an interesting mixture of largely folk-rock vocals, acoustic guitar and songs that reflected the changes emerging in youth culture as the world was beginning to become aware of the Haight-Ashbury scene.

Influenced by the new sounds of Jimi Hendrix and Cream, their next album After Bathing at Baxter's swung radically toward a heavier electric and much more experimental sound, largely provided by guitarist Jorma Kaukonen and bass guitar player Jack Casady.

On the next couple of albums, Crown of Creation and Volunteers, Kantner and Slick's influence came to the foreground and these albums included political, anthemic songs strongly critical of mainstream social values.

This collaboration continued after the 'unofficial' breakup of Jefferson Airplane, as exemplified in such albums as Long John Silver and Baron Von Tollbooth and the Chrome Nun, released after the classic (unofficial) 'break up album' (titled Blows Against the Empire).

Jefferson Airplane never "officially" broke up, but, beginning in 1974, the group "mutated" into other configurations in Hot Tuna and Jefferson Starship (which later morphed into an almost entirely different band called "Starship") in the 1970's and 1980's, before reuniting for an album and tour in 1989 (without drummer Spencer Dryden).

Rock historians have suggested that Grace Slick helped to break the mold of the typical female musician. Previously, women were only prominent in girl groups and seen primarily as teen idols. However, Slick's powerful and recognizable vocals began to reshape this image and helped pave the way for other female rock and rollers, such as Janis Joplin.

Jefferson Airplane was inducted into the Rock and Roll Hall of Fame in 1996.