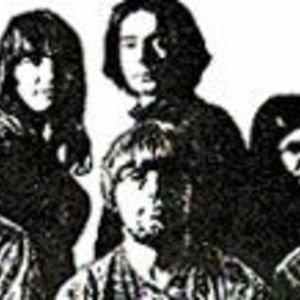 The music is undeservedly forgotten. Despite suffering claims of dishonesty, they published technically sophisticated but also musically fascinating albums. On Ultimate Spinach (MGM, 1968) the standout cuts are "Ballad Of The Hip Death Goddess," with an instrumental interval for theremin (an early electronic instrument), feedback and reverberation, the psychoanalytic folk-blues "Ego Trip," the 4-part suite "Sacrifice of the Moon," as well as "Your Head Is Reeling" and the Frank Zappa-esque -- but less nasty than he typically was -- "Plastic Raincoats." While there was a rumor that Bruce-Douglas had been taken to court by Country Joe McDonald for having copied "The Masked Marauder" in his "Baroque #1," this was pure fantasy.

More complex compositions such as the suite in four movements "Genesis Of Beauty" and "Fragmentary March of Green," two pieces soaked in mysticism, enliven the second album Behold & See (MGM, 1968). The tracks "Jazz Thing" and "Mind Flowers" experimented with unusual tempos and atmosphere, while the graceful "Gilded Lamp of the Cosmos" exemplifies the best of their psychedelic folk ballads. (Note: Big Beat's re-release of Behold And See omits "Visions of Your Reality." In addition, it liberally edits other cuts, and thus should not be considered a true re-release.)
Upon release of the second album, Ian Bruce-Douglas quit Ultimate Spinach and a new band was formed with Barbara Hudson as the only original member. Tony Scheuan, Ted Myers, Mike Levine and Jeff Baxter (future session man for Steely Dan and The Doobie Brothers) were also added. A third album (Ultimate Spinach III) was recorded in 1969. This album is inferior to the two before it, largely leaving behind the psychedelic effects that characterised the Bruce-Douglas period and developing a generic sound more reminiscent of such acts as The Byrds, The Monkees and the '68-era Beach Boys.

In 1970 the band reformed with no original members and continue to this day, generally performing in the Oregon area. The new group have released several independent albums such as Sacrifice of the Moon: Instrumental Music of Ultimate Spinach (2006). This band has always remained underground and in recent years Bruce-Douglas has derided its existence.

Years later Bruce-Douglas created Azlbrax, with whom he released In the Valley of the Shadow (Intergalactic, 1988).