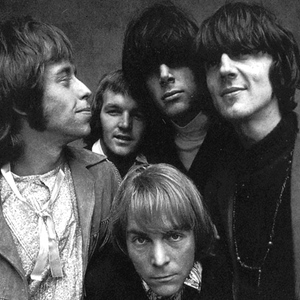 Moby Grape was an American roots rock and psychedelic rock group of the 1960s that was known for having all five members contribute to singing and songwriting, and who collectively merged elements of jazz, country, and blues together with rock. Due to the strength of their debut album, several critics consider Moby Grape to be the best rock band to emerge from the San Francisco music scene in the late sixties.

The group was formed in late 1966 in San Francisco. Frontman and rhythm guitarist Skip Spence (the original drummer for the Jefferson Airplane), lead guitarist Jerry Miller and drummer Don Stevenson (both formerly of the Frantics), rhythm guitarist (and son of actress Loretta Young) Peter Lewis (of the Cornells), and bassist Bob Mosley all wrote songs for their debut album Moby Grape (1967). In a marketing stunt Columbia Records immediately released five singles at once, and the band was perceived as being over-hyped. Nonetheless, the record was critically acclaimed, and fairly successful commercially, with The Move covering its sardonic ode to hippiedom, "Hey Grandma". Spence's "Omaha" reached the lower rungs of the American singles charts in 1967, and Miller-Stevenson's "8:05" became a country rock standard (covered by The Grateful Dead, Robert Plant, Guy Burlage, and others). Moby Grape has today achieved the status of a highly respected rock album.

In addition to the marketing backlash, band members found themselves in legal trouble for charges (later dropped) of consorting with underage females, and the band's relationship with their manager rapidly deteriorated. The second album, Wow, was a critical and commercial failure. During its recording, Spence came to the studio with an axe, intending to kill Stevenson; he was committed, and after being released from Bellevue Hospital traveled to Nashville to record his only solo album, Oar. The band released three more albums: Moby Grape '69, Truly Fine Citizen, and 20 Granite Creek. In 1972 Bob Mosley released his only solo album, after which he left the group. The remainder soldiered on for two decades, recording and performing to a small but devoted audience.

Moby Grape was an example of a talented band who, through a combination of mismanagement and inexperience, never fully realized their potential. Along with the Flamin' Groovies, they were somewhat of an anomaly in the San Francisco rock scene; their concision and their strong roots in country music and early rock and roll seemed to work against them. In addition, perhaps because they were so versatile, their image was somewhat nebulous; as writer Robert Christgau put it, "All they really lacked was a boss, and what could be more American than that?"

The Place And The Time CD2

The Place And The Time CD1

The Place And The Time

Crosstalk (The Best Of Moby Grape)