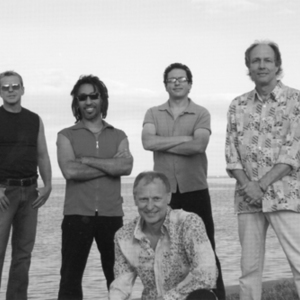 Little River Band is an Australian rock band formed in Melbourne in 1975 and named after a road sign for the Victorian township of Little River, near Geelong. They were the first Australian rock group to enjoy sustained commercial success in the United States. During their career the band have sold more than 25 million records and scored 13 American Top 40 hits. While fronted by singer John Farnham from 1982?1986, the band's original members were Glenn Shorrock (vocals), Graeham Goble, Beeb Birtles and Ric Formosa (guitars and vocals), Roger McLachlan (bass) and Derek Pellicci (drums).

The group evolved from the harmony-rock group Mississippi in 1975. Prior to that, Birtles had been the bassist in 1960s pop band Zoot (which also included singer-guitarist Rick Springfield), and Shorrock had been the lead singer of leading Australian 60s pop band The Twilights and early 1970s country rock band Axiom.

They found immediate success in Australia, but individual members had greater ambitions. Like many other Australasian groups of the period, both Axiom and Mississippi had tried to break into the UK record market without success. Remembering the indifferent reaction they had received in the UK, they decided the new band would focus on establishing themselves in the United States.

A key factor in their eventual success was their manager Glenn Wheatley, who had been the bassist in the highly-regarded Australian rock band The Masters Apprentices. Wheatley's first-hand experiences of the rip-offs in the 1960s music scene, combined with his subsequent experience working in music management in Britain and the United States in the early 1970s, enabled him to help LRB become the first Australian group to enjoy sustained commercial and chart success in the United States.

Fuelled by a very successful Australian hit single "Curiosity Killed The Cat", the band began making promotional visits to the US in 1976. This resulted in a hit single, "It's A Long Way There", which broke into the Top 30 and galvanised the commitment of the band members. More concert performances in the US followed, and in 1977 "Help Is On Its Way" (an Australian number one single) and "Happy Anniversary"[4] both narrowly missed the US Top 10. During this period McLachlan left the group and was replaced by George McArdle while lead guitarist Formosa was replaced by David Briggs.

From 1978 until 1981, Little River Band achieved six consecutive US Top 10 singles with "Reminiscing", "Lady", "Lonesome Loser", "Cool Change", "The Night Owls" and "Take It Easy On Me". During their career the band have sold more than 25 million records and scored 13 American Top 40 hits.

Bassist/vocalist Wayne Nelson joined in 1980 and is currently the lead singer. In 1981 he sang lead vocals on their top ten US hit "Night Owls". Guitarist Stephen Housden joined the band in 1981 replacing David Briggs. Housden owns the rights to the name Little River Band. He co-wrote the band's last hit in Australia "Love is a Bridge".

In 1982 Shorrock was forced out of the band and went on to pursue a solo career. He failed to make an impression in the U.S., but he had a substantial hit in Australia with a cover version of Bobby Darin's "Dream Lover".

The pressures of success and constant touring gradually took their toll on LRB and members gradually left. John Farnham replaced Shorrock in 1982 and the first single with Farnham, "The Other Guy" reached #11 in the US. Subsequent singles were only minor hits. In Australia the band continued to be popular and songs such as "Down On The Border", "Playing To Win" and "Love is a Bridge" were major hits. Farnham's popularity in Australia was increasing at this time, and he left the band to return to his solo career, achieving huge success in Australia (he was also managed by Wheatley).

Birtles left in 1983 because he did not like the direction the band was taking and he was not a fan of Farnham's onstage performance. Farnham left in 1986 to be replaced by the returning Shorrock. Goble left the group in 1990. Shorrock left again in 1996; he was offered the option to buy out the remaining members but he decided instead to take a payment. Derek Pellicci left the band in 1999.

Little River Band are considered to be among Australia's most significant bands. The "classic lineup" of the band (Birtles, Shorrock, Goble, Pellicci, Briggs and McArdle) were inducted into the ARIA Hall of Fame at the 18th Annual ARIA Music Awards of 2004. They performed "Help Is On Its Way" that night.

Three founding members, Birtles, Shorrock and Goble, continue to perform reunion concerts but due to the fact they lost the rights to the name Little River Band, they appear under the name Birtles Shorrock Goble: The Original Voices of Little River Band.

"Reminiscing", written by Goble, was recognised by BMI as one of the most frequently played songs in the history of American radio, with more than four million plays to its credit. "Lady" has also accumulated more than three million plays, and Goble is the first and only Australian songwriter ever to win a Four "Million Air" award from BMI. According to Albert Goldman's biography, John Lennon named "Reminiscing" as one of his favorite songs.

Little River Band continues to work in the US and performs around 100 shows every year.

Some Other River: Best Of The Little River Band