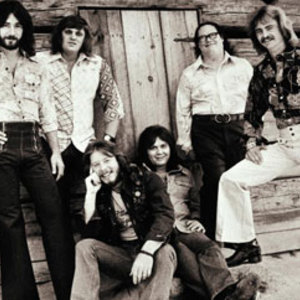 Atlanta Rhythm Section, sometimes abbreviated ARS, is an American rock band from the South The band unofficially formed in 1970 as former members of the Candymen and the Classics IV became the session band for the newly opened Studio One in Doraville, Georgia, near Atlanta. After playing on other artists' recordings, they decided to become a true band in their own right. The members of the original band were Rodney Justo (singer), Barry Bailey (guitarist), Paul Goddard (bassist), Dean Daughtry (keyboardist) and Robert Nix (drummer).

Justo left the band after the first album and was replaced by Ronnie Hammond. Buddy Buie, the band's manager and producer, is listed first on almost all of the songwriting credits of the band's songs.

While ARS would never reach the commercial success of Lynyrd Skynyrd or the Marshall Tucker Band, the group had a strong following in the south and charted a number of hits such as "Imaginary Lover," "I'm Not Going to Let it Bother Me Tonight," "Champagne Jam," "So Into You," and a remake of a Classics IV hit, "Spooky."

The band also influenced a number of rock and country artists, notably Travis Tritt, who recorded a cover of the ARS songs, "Back Up Against the Wall" and "Homesick." The group Shudder to Think covered "So Into You."

The Polydor Years - The Boys From Doraville CD8

The Polydor Years - Are You Ready! CD6

The Polydor Years - A Rock And Roll Alternative CD3

From The Vaults CD2

From The Vaults CD1