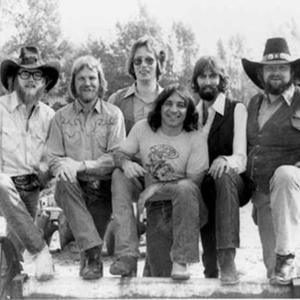 Charles Edward Daniels (born October 28, 1936 in Wilmington, North Carolina) is an American country music, Southern rock, and jazz singer, fiddler, and guitarist. Daniels began writing and performing in the 1950s. In 1964, Daniels wrote a song called "It Hurts Me" which Elvis Presley recorded. He worked as a session musician, including playing on three Bob Dylan albums during 1969 and 1970. Daniels recorded his first solo album, Charlie Daniels, in 1970. His first hit, the novelty song "Uneasy Rider", came off his 1972 second album, Honey in the Rock, and reached #9 on the Billboard Hot 100.

In 1974, Daniels organized the first in a series of Volunteer Jam concerts based in or around Nashville, Tennessee. Except for a three-year gap in the late 1980s, these have continued ever since.

In 1975, he had a top 30 hit as leader of the Charlie Daniels Band with the Southern rock self-identification anthem "The South's Gonna Do It Again". "Long Haired Country Boy" was also a minor hit in that year.

Daniels won the Grammy Award for Best Country Vocal Performance in 1979 for "The Devil Went Down to Georgia", which reached #3 on the charts.

In the late 1980s and 1990s several of Daniels' albums and singles were hits on the country charts. Daniels also released several gospel and Christian records.

Charlie Daniels has never shied away from politics. "The South's Gonna Do It" had a mild message of Southern cultural identity within the Southern rock movement. Daniels was an early supporter of Jimmy Carter's presidential bid and performed at his January 1977 inauguration.

"In America" was a reaction to the 1979-1981 Iran Hostage Crisis; it described a patriotic, united America where "we'll all stick together and you can take that to the bank / That's the cowboys and the hippies and the rebels and the yanks." In contrast, "Still in Saigon" (written by Dan Daley) was an effective portrayal of the plight of the American Vietnam veteran ten years after the war; it was part of an early 1980s wave of attention to the subject, in contrast to treatments such as Bruce Springsteen's "Born in the U.S.A." and "Shut Out the Light", Billy Joel's "Goodnight Saigon", and somewhat later Steve Earle's "Copperhead Road".

In 1990, Daniels' country hit "Simple Man" seemingly advocated a pseudo-Biblical form of vigilantism; lines such as "Just take them [rapists, killers, child abusers] out in the swamp / Put 'em on their knees and tie 'em to a stump / Let the rattlers and the bugs and the alligators do the rest," got Daniels considerable media attention and talk show visits.

In 2003, Daniels published an Open Letter to the Hollywood Bunch in defense of George W. Bush's Iraq policy. His 2003 book Ain't No Rag: Freedom, Family, and the Flag contains this letter as well as many other personal statements. During the 2004 presidential campaign, Daniels acknowledged that having never served in the military himself, he did not have the right to criticize John Kerry's service record. [1]

Daniels now resides in Mount Juliet, TN, where the city has named a park after him.

In 2005, he has made a cameo appearance along with Larry the Cable Guy, Kid Rock, and Hank Williams, Jr. in Gretchen Wilson's music video for the song "All Jacked Up", whose album has been released.

By The Light Of The Moon