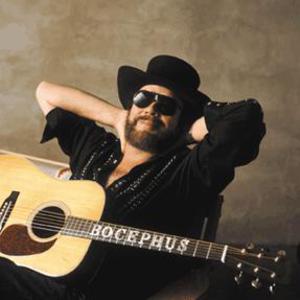 Born Randall Hank Williams in Shreveport, Louisiana, and known by the nickname Bocephus (a name given to him by his father because he thought his son as a baby resembled a TV ventriloquist dummy named Bocephus), he was raised by his mother Audrey after his father's death in 1953. He began performing when eight years old, and in 1963 made his recording debut with "Lone Gone Lonesome Blues", a staple of his father's career.

Williams' early career was guided, some say outright dominated, by his mother Audrey Williams, who many claim was the driving force that led his father to musical superstardom during the late 1940s and early 1950s. Audrey, in many ways, wished for young Hank to be nothing more than a "Hank Williams, Sr. impersonator", sometimes going as far as to have clothes designed for him that were identical to his father's stage clothes and vocal stylings very similar to those of his father.

Although Williams' recordings earned him numerous country hits throughout the 1960s and early 1970s, he became disillusioned with his role as a 'Hank Williams clone' and severed ties with his mother in order to pursue his own musical direction and tastes. After recording the soundtrack to Your Cheatin' Heart, a biography of his father, Williams, Jr. hit the charts with one of his own compositions, "Standing in the Shadows". The song signalled a move to rock and roll and other influences as he stepped from the shadow of his father.

By the mid-1970s, Williams had finally found the musical direction that would, eventually, make him a superstar. Williams' unique blend of traditional country with southern rock and blues earned him a devoted following, although some mainstream country radio stations wouldn't touch his new songs in this blatantly untraditional sound.

His last major success was "There's a Tear in My Beer", a duet with his father created using electronic dubbing techniques. The song itself was written by his father, presumably, sometime between 1950 and 1953 and was recorded with Hank Williams playing just his guitar. The music video for the song combined existing television footage of Hank Williams performing and the dubbing techniques transferred the image of Hank Jr. onto the screen, so it appeared as if he were actually playing with his father. The video was an overwhelming success, both critically and commercially. It was named Video Of The Year by both the Country Music Association and the Academy of Country music. Hank Williams, Jr. would go on to win a Grammy award in 1990 for Best Country Vocal Collaboration.

Despite his slumping album sales, Hank Williams Jr. continued to be a popular concert draw during the early 1990s and continued to record, with several of his recordings during this time still managing to achieve gold status, selling 500,000 copies.

He is probably best known today as the performer of the theme song for Monday Night Football, based on "All My Rowdy Friends Are Coming Over Tonight". The opening theme became a classic, as much a part of the show as the football itself. In 1991, 1992, 1993, and 1994, Williams' opening themes for Monday Night Football would earn him four Emmy awards.

I'm One Of You