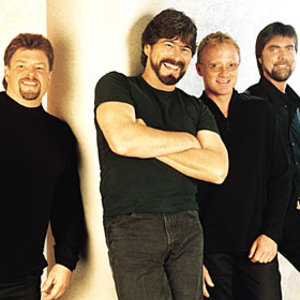 Alabama is a country music band from Fort Payne, Alabama that was started in 1969 but did not get a recording contract until 1977. Alabama began by singing for tips around Myrtle Beach before going on to sell millions of records. They were among the first successful country groups since the mid-1970s, thanks to their blend of contemporary and traditional country and southern rock. On July 4-93 they opened a $7-million, 2,200-seat theater, located in Barefoot Landing-Myrtle Beach South Carolina.

The members of Alabama are:

Along with the Oak Ridge Boys and the Statler Brothers, Alabama is recognized as having paved the way for today's top country groups, including Diamond Rio, Lonestar and Rascal Flatts.

Alabama & Friends At The Ryman CD2

Alabama & Friends At The Ryman CD1

Angels Among Us Hymns & Gospel Favorites

Mountain Music The Best Of Alabama

Playlist : The Very Best Of Alabama

Playlist: The Very Best Of Alabama