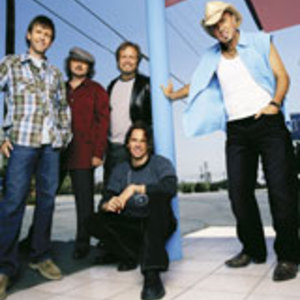 Sawyer Brown is a country music band formed in 1981 at a Pizza Hut restaurant in Apopka, Florida. Lead singer Mark Miller asked keyboardist Gregg "Hobie" Hubbard to play piano for a couple of songs he had written. The two left for Nashville, Tennessee, where they met up with Florida drummer Joe Smyth, Michigan bass player Jim Scholten and original lead guitarist Bobby Randall. They first called the band "Savanah", but renamed themselves "Sawyer Brown" after Sawyer Brown Road, the street where they rehearsed.

Miller likes to say "We thought it would be easier to get work if people thought we were one person." The band played up to five sets a night, six days a week, until they auditioned for the TV show Star Search in 1983. They auditioned just to get the videotape to promote the band, yet ended up winning the $100,000 grand prize and record contract.

The band signed with Capitol Records and scored a Top 20 hit with their first single, "Leona," in 1984. That success was quickly followed by their first #1 hit, "Step That Step". The band had their ups and downs on the charts throughout the 1980s. But radio success was not really Sawyer Brown's strong suit. It never was. Rather, they have been successful due to their live performances. Fans flock to the band's concerts year after year, whether the band performs in a stadium, state fair, or casino. The live shows, more than anything, sustained the band until 1989's remake of the George Jones hit "The Race Is On" put them back near the top of the charts.

In 1991, after the release of their album Buick, guitarist Bobby Randall left the group to remain close to his family and host a short-lived TV talent show, You Can Be A Star. Duncan Cameron, formerly of The Amazing Rhythm Aces, was chosen as his replacement just as Sawyer Brown was about to become country music's "it" band. The band then switched labels, moving to Curb Records and releasing the albums The Dirt Road, Cafe On The Corner, and Outskirts Of Town, which saw hit after hit for the band in the early to mid-'90s.

Sawyer Brown was all over country music radio and television for much of the decade. After 1999's Top 10 hit "Drive Me Wild," however, the country music industry seemed to forget about Sawyer Brown in favor of newer acts like Tim McGraw, Rascal Flatts, Toby Keith, Kenny Chesney, and Keith Urban.

The band was having ups and downs in the charts again ? mostly downs. In 2003, they parted with Curb, their record label of eleven years, and signed with Lyric Street Records. They released one single, "I'll Be Around", and then left Lyric Street as well. In 2004, they re-signed with Curb, but Duncan Cameron decided to leave the group to pursue a life-long dream of flying for Southwest Airlines.

Guitarist Shayne Hill was added to the lineup as they prepared for the release of their 20th album, Mission Temple Fireworks Stand. While Sawyer Brown is still looking to reclaim the top of the charts, their live shows continue to keep the band going strong.

This Thing Called Wantin' And Havin' It All

Cafe On The Corner

The Boys Are Back