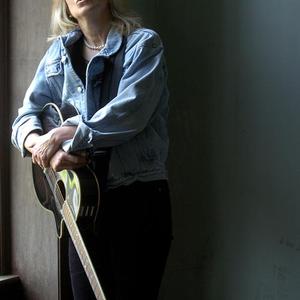 Marshall Chapman was born and raised in Spartanburg, South Carolina. To date she has released twelve critically acclaimed albums, and her songs have been recorded by Emmylou Harris, John Hiatt, Wynonna, Joe Cocker, Irma Thomas, Jimmy Buffett and Jessi Colter, just to name a few. She has toured extensively on her own and opened shows for everybody from John Prine and Jimmy Buffett to Jerry Lee Lewis and The Ramones.

Of her three rockin' albums for Epic, the Al Kooper-produced Jaded Virgin was voted Record of the Year (1978) by Stereo Review. Following 1982's Take It On Home (Rounder), Marshall released two albums on her own Tall Girl label: 1987's Dirty Linen (A- in Christgau Consumer Guide, released in Europe on Line Records) and 1991's Inside Job (voted Album of the Month in April 1992 Stereo Review).

It's About Time ... recorded live at the Tennessee State Prison for Women (Margaritaville/Island, 1995) drew rave reviews from Time, USA Today and the Village Voice. After its release, Marshall and her band (The Love Slaves) toured with Jimmy Buffett, playing for over a million people. The following year, they went in the studio and recorded Love Slave. According to Marshall, being a love slave is a way of life. "We're all slaves to something," she says, "... might as well be love!"

In 1998, Marshall began exploring new outlets for her creativity. One was theater. She and songwriting pal Matraca Berg contributed fourteen songs to Good Ol' Girls, a country musical based on the stories of Lee Smith and Jill McCorkle. The New York Times called it a "feminist literary country music review." Good Ol' Girls continues to play theaters throughout the Southeast. On February 14, 2010, Good Ol' Girls opened off-Broadway for a limited two-month engagement. Look for cast album and tour this fall.

From 2004 to 2007, Marshall developed a one-woman show called "The Triumph of Rock and Roll over Good Breeding" wrote commentary for The Bob Edwards Show (XM), and released Mellowicious! (Mello-WISH-us)! her first studio album in nine years.

In October, Marshall released a new book (They Came to Nashville - co-published by Vanderbilt University Press and the Country Music Foundation Press) and a new CD (Big Lonesome). The Philadelphia Inquirer named Big Lonesome ?Best Country/Roots Album of 2010.? Paste Magazine calls it ?her masterpiece.? It was a preliminary nominee for the 2012 Grammy Americana Album of the Year.

Marshall had a principal role in her first-ever movie (Country Strong - December 2010 release), where she plays Gwyneth Paltrow's road manager. As the New York Times January 6, 2011 review stated "It's too bad that (director) Ms. Feste didn't ditch the female victim bit and make a movie about a survivor like the musician Marshall Chapman, who has a small, vivid role as Kelly's road manager and is going strong at 62 with songs in which a woman can run ?on a tank full of burning desire? and not just despair.

In the last year she has hosted Music City Roots, been a guest DJ on WSM and WLAC, and presented the Entertainer of the Year Award to Buddy Miller at the 2011 Americana Music Awards.

It's About Time (Live)

Take It On Home (Vinyl)