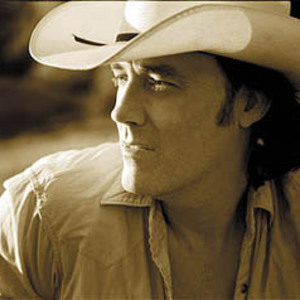 David Lee Murphy (born January 7, 1959 in Herrin, Illinois) is an American country music singer-songwriter. Signed to MCA Records in 1994, Murphy made his first appearance on the U.S. Billboard country charts that year with "Just Once", a song from the soundtrack to the 1994 film 8 Seconds. A year later, Murphy's debut album Out With a Bang was released; overall, it produced four chart singles, including his Number One single to date, 1995's "Dust on the Bottle".

His follow-up albums, Gettin' Out the Good Stuff (1996) and We Can't All Be Angels (1997) were less successful than their predecessors, and by 1998, Murphy was dropped from MCA's roster; a fourth album, Tryin' to Get There, was released in 2004 on Koch Entertainment.

Between 1994 and 2004, Murphy charted a total of thirteen singles on the U.S. Billboard Hot Country Singles & Tracks charts, one of which (1995's "Dust on the Bottle") reached Number One. In addition, he has co-written singles for other country artists, including "Living in Fast Forward", a Number One single for Kenny Chesney in 2006.

Tryin' To Get There

We Can't All Be Angels

Gettin' Out The Good Stuff

Out With A Bang