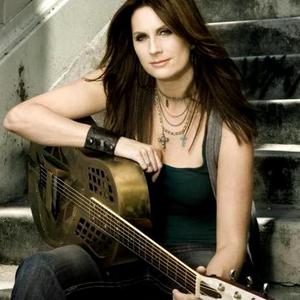 Terri Clark (born on August 5, 1968 in Montreal, Quebec, Canada) is a country musician. She grew up in Medicine Hat, Alberta and moved to Nashville at age 18. There she played at Tootsie's Orchid Lounge, where she got her start. She signed with Mercury Records, and her first single, "Better Things to Do," reached No. 3. Clark was the first Canadian woman to be inducted into the Grand Ole Opry on June 12, 2004.

Her hits include: Better Things To Do, When Boys Meets Girl, If I Were You, Suddenly Single, Poor Poor Pitiful Me, Emotional Girl, Just The Same, Something in the Water, Now That I Found You, You're Easy on the Eyes, Everytime I Cry, Unsung Hero, A Little Gasoline, No Fear, Getting There, Empty, I Just Wanna Be Mad, Three Mississippi, I Wanna Do It All, You Can't Take It With You, Girls Lie Too, The World Needs a Drink, She Didn't Have Time, Damn Right, Slow News Day, Dirty Girl

In late November 2005, she moved to Vancouver Island, British Columbia.
Her contract with Mercury Records Nashville expired in March of 2006 and she signed with BNA Records in 2007. Terri Clark ended her contract with BNA in November 2008 in order to be more creative, to focus more on Canada and to start her own label.

The Best Of Terri Clark