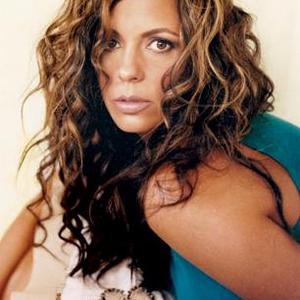 Sara Lynn Evans was born February 5, 1971, and raised on a farm near New Franklin, Missouri as the oldest girl amongst seven children. Music has always been a part of her life and by age five was singing every weekend in her family's band. When she was sixteen, she began performing at a nightclub near Columbia, Missouri, a gig that lasted two years. She moved to Nashville, Tennessee in 1991 with the goal of becoming a country artist. Songwriter Harlan Howard heard Sara as she sung a demo of one of his songs, "Tiger By the Tail" at County Q Studios**, and decided she should sing his music.

She moved to Nashville, Tennessee in 1991 with the goal of becoming a country artist. Songwriter Harlan Howard heard Sara as she sung a demo of one of his songs, "Tiger By the Tail" at County Q Studios**, and decided she should sing his music. She went under contract with RCA.

In 1997 Evans released her first album Three Chords and the Truth. Critics praised the album for returning to traditional country and recognized it on many of their top ten of the year lists. Unfortunately, it did not catch on with country radio at the time and none of the three singles made the top 40.

In 1998 Evans released her sophomore album No Place That Far. Critics slammed her for choosing a more pop/country oriented album. Her first single "Cryin' Game" hardly charted. It would be her next single "No Place That Far," a duet with Vince Gill, that would be her first number one single. The album has been certified gold.

Evans released her "make it or break it" album, Born To Fly in 2000. Her first single "Born To Fly" hit the number one spot and proved to be her biggest hit until "Suds in the Bucket." The hits kept coming in as her next single "I Could Not Ask For More" hit the number two spot. "Saints and Angels," Evans' favorite song on the album, hit the number sixteen spot and the last single "I Keep Looking" made it to the number five spot. Thus far, the album has been certified double platinum.

Evans led the pack as the most nominated artist at the 2001 Country Music Association awards with seven nominations, and won her first CMA award when her song ?Born to Fly? won the award for Video of the Year.

In 2004 Evans was the most played female singer on country music radio thanks to singles such as "Suds in the Bucket" and "Perfect."

In 2005, Sara Evans struck gold with the country ballad "A Real Fine Place to Start". With help from this single her album Real Fine Place was propelled to No.1 on the top of the country charts and No. 3 on the pop charts with over 130,000 copies sold in the first week, nearly tripling the sales from her last album debut Restless. Real Fine Place was the best debuting album of her career. The single from the album stood on top of the Billboard and Radio and Record Charts for two weeks. Evans was nominated for two CMA awards, including the prestigious "Female Vocalist of the Year" and prized "Musical Event of the Year" (the latter in part due to her duet with Brad Paisley, "New Again"). However, she lost in both categories. Sara went on the road with Brad Paisley and newcomers Sugarland on Brad's "Time Well Wasted Tour". Her current single "Cheatin'" has quickly become the fastest rising single of her career. Real Fine Place has recently been certified gold.

On December 6, 2005 Sara released Feels Like Home through Cracker Barrel stores. The album consists of alternate versions of some of her most memorable songs. For example, there is an acoustic version of "No Place That Far," a live version of "Born To Fly," and several other versions of her most popular songs.

Slow Me Down (CDS)