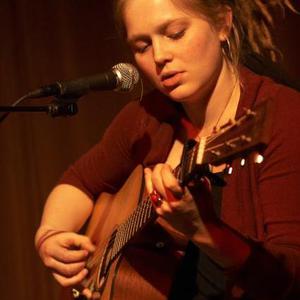 On May 26, 2010, Crystal Bowersox finished as the runner-up on the ninth season of American Idol. Crystal Bowersox is an Ohio Native, but has been playing around the Chicago area since 2004. At the age of ten, her Mom would take her to bars, so she could hear the musicians play. Not long after she began performing around her hometown under the wings of her "gray haired rock stars.". At 17, Crystal packed up and moved to the big city.

She went from singing on subway platforms, to travel across the world in a few short years. In 2006, the city of Chicago department of cultural affairs chose Crystal to represent Chicago's folk music scene in a week long festival called, "Experience Chicago", held in sister city Birmingham, UK.
In 2007, Crystal was once again on the road. In Mexico and in Istanbul, Turkey, she spent time on a small cafe tour.

Crystal's early influences were artists like Jewel, Joni Mitchell, Sarah McLachlan, etc. Later influences include Counting Crows, Bonnie Rait, Tracy Chapman, Janis Joplin, Aretha Franklin, Ray Lamontagne, and many others. Crystal even had the opportunity to meet with her strongest influence, Melissa Etheridge in 2008.
Bowersox auditioned in June 2009 for the ninth season of American Idol in Chicago, Illinois, with the song "Piece of My Heart."

On March 2, Bowersox was hospitalized because of complications from diabetes, forcing a last minute switch in scheduling to give her extra time to recuperate. Bowersox confirmed the illness on the May 19th results show during an interview with host Ryan Seacrest. The men competed that day instead of the women. She sang the next day and impressed all the judges.

The following week, her strong performance prompted Simon Cowell to state, "Right now you are the one everyone has to beat."

After Siobhan Magnus's elimination from the top 6 of American Idol, Crystal Bowersox became the last remaining female contestant in the competition.

Crystal is the first female contestant to make it to the finale since Jordin Sparks won the title in 2007. Crystal is also the first contestant in American Idol history to have one of her original songs played on the show - Crystal's song "Holy Toledo" was played on the May 19th Top 3 Results show as the background music for her homecoming package - when she returned to Toledo, Ohio and Elliston, Ohio the previous weekend.

All That for This