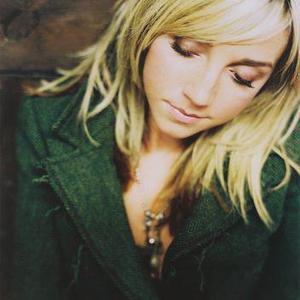 Monroe was born on September 10, 1986 in Knoxville, Tennessee. At age 11, she won a talent contest singing "I Want to Be a Cowboy's Sweetheart" in Pigeon Forge, Tenn., and found steady work at a theater there. While growing up, her parents played songs by the Eagles and Lynyrd Skynyrd, so her country rock roots started early on. At age 13, however, her father died from cancer in 2000. While still grieving over their loss, Monroe and her mother continued on with their lives and moved to Nashville so she could pursue her career in music.

After a year in Nashville, she gained a publishing deal as a songwriter, which then led to her signing to a record contract with Columbia Records Nashville division, where she began to record her debut album, Satisfied. In 2006, the title track to the album was released as the first single to country radio. It failed to make the top 40 on the Hot Country Songs chart, however, a second single was released shortly after. "I Don't Want To" was released as the second single, which featured Ronnie Dunn of Brooks & Dunn. It initially did well on the charts, charting to #37.

Still after two singles, the album still hadn't been released. The label then decided not to release the album until Monroe charted a top 20 single. But, no follow-up singles were ever released. iTunes briefly had the album available in July 2006 but it was removed from the online store by mid-August.
In late 2007, Monroe and Columbia Records parted ways, and Satisfied went without being released. In addition to her own material, she co-wrote Katrina Elam's 2007 single "Flat on the Floor" (which was also recorded by Carrie Underwood on her 2007 album Carnival Ride), as well as Jason Aldean's 2009 single, "The Truth", and Miranda Lambert's 2011 single, "Heart Like Mine."

In April 2009, it was announced on Monroe's MySpace page that Satisfied would be released to digital retailers (iTunes, Rhapsody, etc.) on May 19, 2009.