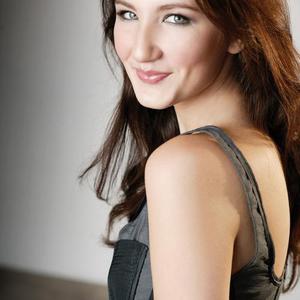 Newcomer Katie Armiger's powerful vocals and skillful songwriting are clearly showcased on her new music. At the ripe age of 16, Katie does not hold back and has an inspiring combination of determination and passion that shines through in her music. Katie Armiger's journey truly began two years ago when she entered ?Houston's Best Country Singer? contest sponsored by Radio 93Q Country. The contest, which was held over an eight week period, had over 150 boys and girls ages 9-17 in the Junior Division who were vying for the title.

Katie Armiger's journey truly began two years ago when she entered ?Houston's Best Country Singer? contest sponsored by Radio 93Q Country. The contest, which was held over an eight week period, had over 150 boys and girls ages 9-17 in the Junior Division who were vying for the title. After several performances Katie rose to the top to grab the title of Houston's Best Country Singer in her division with her rendition of Martina McBride's ?Whatever You Say.?

Several months later, Katie arrived in Nashville, where she began her work in the studio with veteran producer Mark Oliverius for her demo. Over the years Oliverius has worked with the likes of Trick Pony, Joe Diffie, Sammy Kershaw, and Lorrie Morgan, among others. Having completed some of the demo tracks that now appear on her debut album it was obvious to all those around Katie that the project was special and should become something more. Thus the juggling act began. At the same time Katie was going to high school and maintaining an A average, she was listening to, writing, and rehearsing music.

?At 16 years old Katie Armiger has a lot to say,? said Oliverius. ?She has a huge voice and a strength for songwriting that goes well beyond her years. I believe that she really does have what it takes to make it in this business ? a strong musical talent and a passion for what she does.?

"17 In Abilene," which Katie co-wrote with fellow newcomer Ashlee Hewitt, showcases her skillful songwriting ability as well as her strong vocal talent. "17 In Abilene" is the quintessential carefree road trip song about the possibilities of an open road and is the first single off Katie's debut self-titled album, due out this summer. ?I think every teenager daydreams about getting in their car and taking off so we wanted to create a song that captured that carefree feeling in a catchy way,? said Katie. ?Ashlee came up with a great groove on the guitar and the song just flowed from there. I hope listeners enjoy "17 In Abilene" as much as I enjoyed writing it.?

??Make Me Believe' is my ?chick empowerment' song,? says Katie. ?It is all about standing up and saying I cannot be your everything, so if this is not going to work out then you need to leave. It is a powerful song and I hope that is relayed to listeners.? Taking on a reverse perspective than the usual break-up song Katie and her co-writer Ashlee Hewitt, made it a song of strength where the woman finally tells the man that he needs to leave.

Katie's first album, BELIEVE is due for release in May 2008 and heralds the arrival of a distinctive vocal talent with an unforgettable array of powerful and brilliant songs. Drawing musical inspiration from some of country music's greats like Martina McBride and Sarah Evans, this 16 year old is passionate about her music, focused on her future, and exudes the talent that's needed to become a household name.

One Night Between Friends (CDS)

Better In A Black Dress (CDS)

Confessions Of A Nice Girl