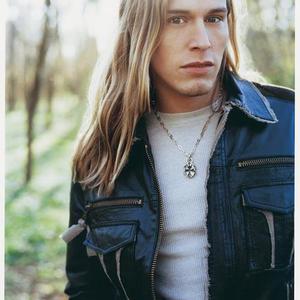 Jason Michael Carroll has walked the walk. Growing up the son of a preacher, his father helped many families through rough times, and Jason bore witness to real-life tragedies that will take the kid right out of a child. Add to that his dulcet voice and a true romance over which bodice-ripper novel writers would salivate, and you've got yourself the makings of a fine country singer/songwriter. In late 2006 Carroll signed with Arista Nashville and released his first single "Alyssa Lies". His debut album was released February 6, 2007.

In late 2006 Carroll signed with Arista Nashville and released his first single "Alyssa Lies". His debut album was released February 6, 2007.

Carroll said in an interview with Songfacts that he looks at songwriting as an almost religious experience. The ideas are out there, he believes, and it's up to the individual to grab them and write them. "And you can either force the idea, almost screw it up if you really force it too much, or you can try to receive it the way it's intended to be," he explained. "And so my songwriting experience is, usually when I'm writing by myself, I just kind of let the idea come. And if it's a roadblock or whatever I may try to hammer through it for a minute, but then if I don't get anything I'll just leave it alone and come back to it a couple of weeks later."

What Color Is Your Sky

Growing Up Is Getting Old

Waitin' In The Country