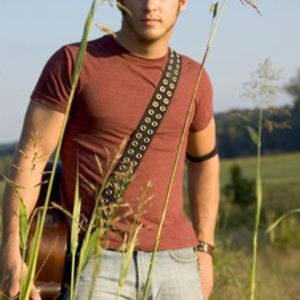 Brantley Gilbert (born january 20 1985 ), is an American country rock music singer-songwriter. He has released two albums, both on the Average Joe's Entertainment Group label. His songs have also been recorded by Colt Ford and Jason Aldean. In February 2011, he left Average Joe's label to join Valory Music Group, where he has charted "Country Must Be Country Wide". A deluxe edition of Halfway to Heaven was released on September 13, 2011, two months before "Country Must Be Country Wide" reached number one on the Hot Country Songs charts.

The Country Must Be Country Wide Songfacts reports that Gilbert's debut album, Modern Day Prodigal Son was originally set to be released in 2006 but the label dropped him before it hit stores. After signing with Average Joe's entertainment in mid 2009, the album finally saw the light of day a few months later. Gilbert signed with Big Machine Records' Valory Music Group division in February 2011, and his new label will be re-releasing Modern Day Prodigal Son on August 23, 2011.
The album contains Country Must Be Country Wide, which is his third single and his first to reach both the Country chart and the Hot 100.

Brantley Gilbert knows that tomorrow is no guarantee. Just over five years ago the talented singer/songwriter was ignoring his deepest ambition of becoming a country singer and was just going through the motions of everyday life. It wasn't until a nearly-fatal car accident that Brantley opened his eyes, realized the importance of living each day to the fullest, and decided to pursue his love for music as a career.

Brantley was born and raised in the small town of Jefferson, Georgia, just outside the Athens city limits. It is that upbringing and small town influence Brantley credits toward allowing him to cultivate his unique sound. With well-known rock bands REM and the B-52's having roots nearby, Brantley's taste in music always swayed toward a rock feel, but his true-to-life testimony of heartache, trials, triumph, and success found a home in country music.

After taking the stage night-after-night with just his guitar and opening for other country artists throughout the southeast, Brantley began to notice familiar faces in the crowds. A group of believers who shared Brantley's passion for life and music had developed, and pretty soon the following had taken-on a life of its own. Brantley quickly realized that his acoustic shows?however intimate?didn't satisfy his audience's thirst for his rock-infused country music. In order to meet their demand, Brantley formed a band.

?We went from these acoustic shows to a bona fide country-rock-soul show that is wide-ass open,? says Gilbert. ?Even when we play a ballad it's high energy.?

With the fans demanding new music from Brantley, he came to Nashville, Tennessee where he soon signed with Warner Chappell Publishing and began to develop music for a debut album release. One of his songs, ?The Best of Me,? was recorded by Jason Aldean and earned a spot on his Walmart exclusive release (WIDE OPEN) and ITunes. Since, Brantley has signed a record deal with Average Joe's Entertainment and collaborated with top-charting act and labelmate Colt Ford to write and record, ?Dirt Road Anthem,? which is currently featured on Ford's multiple-week Top 25 Billboard album, RIDE THROUGH THE COUNTRY.

?I've realized that life can be very short, and everyone should take advantage of it,? he said. ?If you're gonna live, do something with it. Make it great.?

And great it is. Brantley celebrates the release of his sophomore album, HALFWAY TO HEAVEN, in March 2010 leading off with the single ?Kick It In the Sticks.? HALFWAY TO HEAVEN follows his 2009 release, A MODERN DAY PRODIGAL SON, which features hit singles, ?G.R.I.T.S.? and ?Whenever We're Alone.?

As tour dates multiply throughout the South, Brantley's fan base continues to expand, and like most artists these days, fans can stay updated about tour dates and news via MySpace. His page garners more than 25,000 listeners daily? a number that has brought him to the #1 spot on MySpace Music Charts for both country and southern rock.

So Help Me God

Son Of The Dirty South (With Jelly Roll) (CDS)

Gone But Not Forgotten (CDS)

How To Talk To Girls (CDS)