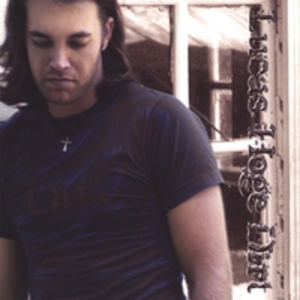 It's been nearly 10 years since Lucas Hoge left his humble hometown of Hubbell, Nebraska. Small but mighty, with a population of 50 generous people, almost all came to support Lucas during his farewell concert, surprising him with $2,500 to invest in his dream. Lucas hit the road strapped with a little cash, a lot of love and everything he owned in his 1994 Dodge Ram pickup truck. Driving through the night, in Music City by morning, Lucas Hoge had reached his destination wide-awake in his dream.

Lucas learned quickly that it takes more than moving to Nashville to get noticed. He sacrificed, working diligently around the clock to form the foundation in which he built his career upon. Lucas spent his first year in town living in a 500 square-foot apartment, working full time in construction. Evenings were devoted to performing in the honky-tonk hotspots up and down Broadway and every weekend, dedicated his afternoons to writing.

Shortly after, Lucas scored a HBO TV series, 13 episodes, wrote a jingle for Lipton Tea and took his talent to the studio where he recorded two country albums and a Christian EP.

?Writing is my passion, along with performing. I don't look like a farmer with my long hair but don't let my looks fool ya. I grew up in a small farming town and it's a big part of who I am, so it will always be in my music. I write a lot of songs about farming and working in the dirt.?

Hence the title cut of his debut release Dirt, which has clearly become one of the album highlights and is featured on the Words and Music compilation CD. Dirt has received rave reviews, winning multiple music awards, including Country Album of the Year at the 16th Annual Los Angeles Music Awards and which also named Lucas as Contemporary Christian Singer/Songwriter Of The Year for ?Get The Door.?

Lucas's soul stirring voice isn't the only thing that has gotten him noticed. He has appeared on TV with Faith Hill for the Sunday Night Football commercial campaign, with Toby Keith in his Christmas special and in a Mary Kay commercial with Danielle Peck and Jennifer Hanson.

Back in 1997, Lucas rode his 1985 Harley to Sturgis, South Dakota. ?I remember seeing thousands of bikes and big stages and said to myself that someday I would play here.? In 2007, that became a reality when he was asked to play the entire week at the famous Buffalo Chip Campground. The owner of the rival Broken Spoke Saloon heard Lucas and wanted him to play for them the following year. Now Lucas is touring major motorcycle rallies across the US and is a staple at Sturgis, he even has his own stage at the Broken Spoke Campground.

Lucas has toured Denmark, Norway, Sweden and has traveled to the Middle East to perform for our troops. ?Not only was my trip to Iraq, Kuwait and Kosovo the greatest honor in my life, it was the most fun I've ever had,? Lucas says. ?After my trip, I knew I wanted help our troops any way that I could, so I began by writing ?Soldiers, Creed and Medal Of Honor' which is featured on the Music for Our Troops CD.? Since, Lucas has become involved with ThanksUSA.org, which is a charity that helps military families with education scholarships. Lucas is the official spokesperson for Guardian Angels for a Soldiers Pet, a group that fosters animals for our soldiers while they are stationed overseas. Lucas participates in several charity events and concerts for our Military during the year and performs in the National Veterans Day Concert in Washington DC.

Lucas starred in the Animal Planet TV show ?Last Chance Highway? (Produced by Al Roker Entertainment) as himself, the singer / songwriter who has volunteered to help rescue dogs in the south and transport them north to their new forever homes. Lucas also penned and performs the shows theme song, ?Last Chance Highway, which Discovery Network released to iTunes in 2010. Lucas is involved in many animal charity events and fosters kittens and dogs for local Nashville organizations.

Lucas made his debut performance at the Ryman in Nashville, TN in 2011 performing with the legendary George Jones and Lucas received a standing ovation.

Making his way back to the Middle East, Lucas joined the Armed Forces Entertainment: Wrangler? National Patriot Tour for a 16 day tour over Memorial Day 2011. Wrangler? sponsored 1,000 free download cards of ?Medal Of Honor' and has announced that ?Medal Of Honor' is the Wrangler? National Patriot official theme song and now available for download on the WranglerNationalPatriot.com website.

Lucas receives his first nomination in the ICM (Inspirational Country Music Awards) as ICM's New Artist of The Year? 2011. Lucas gained recognition in the Christian Country genera when he answered a woman's dying wish and wrote a song inspired by her poem. ?How Was I To Know? quickly became a favorite deputing at # 66 and is currently at # 3.

Lucas landed his second TV show theme song with ?Give A Damn?, which you can hear each week on GAC TV's new show ?Tom's Wild Life? airing Sundays at 9/8c. ?Give A Damn? will ship to radio October 15th 2011.