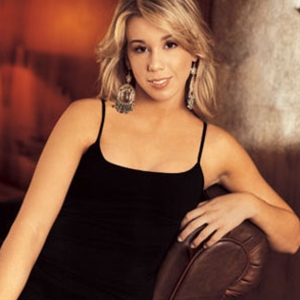 Erika Jo Heriges (born November 2, 1986 in Angleton, Texas), known on stage simply as Erika Jo, is an American country music recording artist who is best known as the winner of the 2005 season of the Nashville Star television program. Eighteen years old at the time, Erika Jo is the youngest person to win the competition, as well as the first female winner. Her first single, "I Break Things", was released immediately upon her Nashville Star victory.

Her first single, "I Break Things", was released immediately upon her Nashville Star victory. The music video received heavy rotation on CMT and GAC, but the song peaked at #53. One subsequent single ("I'm Not Lisa") was released; it failed to reach the charts. Her first album, Erika Jo, was released by Universal South Records on June 14, 2005 and debuted at #5 on Billboard's country album chart, but the album, like its first single, enjoyed very limited success after its initial launch, selling just 118,829 copies through its first 11 months in releas