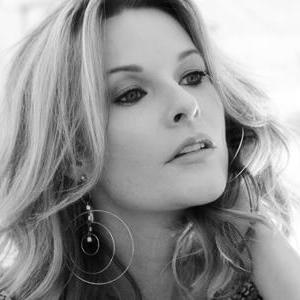 Country singer/songwriter Elizabeth Cook made her debut on Grand Ole Opry on March 17, 2000, appearing repeatedly thereafter -- a remarkable achievement considering that, at the time, she was an indie artist with no radio airplay. But such was the excitement generated by her clear, beautiful voice, strong songwriting ability, and live performances, all of which have drawn comparisons to younger, critically respected artists like Kelly Willis and legends such as Dolly Parton.

Cook was born in Wildwood, FL. Her West Virginia-born mother played guitar and mandolin and sang on local radio shows. Her father, a Georgia native, also performed country music and served jail time for running moonshine. Upon his release, he and Elizabeth's mother played in local bands together, eventually marrying. Elizabeth, born in 1972, moved to Nashville in her twenties and quickly got a publishing deal. Demos recorded between 1997 and 2000 comprised her independently released debut album, "The Blue Album", which showcased her formidable songwriting ability and featured such well-known Music City musicians as Tim Carroll, Kenny Vaughan, and Rick Schell.

She made her major label debut in 2002 with "Hey Y'All". But following a corporate re-structuring that left the album virtually abandoned and stagnant on sales, Elizabeth fought back with her 2005 independent release "This Side Of The Moon", which received positive reviews.

Her album "Balls" was released May 2007. It was been her most successful album to date, thanks to glowing press reviews and significant video play for the song "Sometimes It Takes Balls To Be A Woman."

Her 2010 album Welder features appearances by an all-star roster of guests including Dwight Yoakam, Crowell and Buddy Miller, and continued her increasing popularity becoming her highest charting album in the U.S.

Cook hosts the morning radio show "Elizabeth Cook's Apron Strings" on the Sirius XM radio station Outlaw Country on Channel 60. The show airs weekdays from 10:00 AM until 2:00 PM (Eastern Time). The show format is a mix of Americana, Outlaw, and Alt Country

This Side Of The Moon