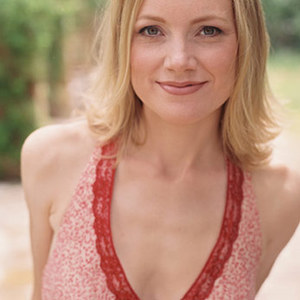 Kelly Willis is a country music singer-songwriter noted for her clear, unadorned vocal style and her fresh-faced beauty. Willis' music has been described as contemporary country, alternative country and new traditionalist. Kelly was born in Lawton, Oklahoma on October 2, 1968, Willis was the youngest of three children. While her father was a U.S. Army colonel, Willis' mother had a strong interest in music and sang and acted in amateur musicals. Willis began singing when she was nine as a way to comfort herself after her parents divorced.

Kelly was born in Lawton, Oklahoma on October 2, 1968, Willis was the youngest of three children. While her father was a U.S. Army colonel, Willis' mother had a strong interest in music and sang and acted in amateur musicals. Willis began singing when she was nine as a way to comfort herself after her parents divorced.

==Career==
Willis joined her first band in high school. Her boyfriend, drummer Mas Palermo, introduced Willis to his rockabilly band. The band took her on as the lead vocalist and soon rechristened the band Kelly Willis & the Fireballs. After Willis' high school graduation, the band decided to move to Austin, Texas, to participate in the vibrant Austin music scene. After a few months in Austin, however, the band broke up. Willis and Palermo, married in 1989, formed a new band called Radio Ranch. In Austin, Willis attracted the notice of several influential Texas singer-songwriters including Nanci Griffith and Lyle Lovett. Griffith introduced MCA producer Tony Brown to Willis. Brown was very impressed with Willis' vocal abilities and signed her to the MCA label in 1989.

MCA embarked on a big marketing campaign to tout Willis after she recorded her first album on the label, the 1990 album ''Well Travelled Love''. MCA ensured that Willis was interviewed by several national magazines including unusual venues like ''Vogue'' and ''Mademoiselle''. Her voice appeared in the 1991 Ridley Scott-produced movie ''Thelma and Louise'', singing "Little Honey." Willis also had a small part in Tim Robbins' 1992 film ''Bob Roberts''. Despite of all the publicity and positive reviews from most reviewers, ''Well Travelled Love'' and Willis' subsequent albums for MCA (''Bang Bang'' in 1991 and ''Kelly Willis'' in 1993) sold modestly and received very little radio play. During this time, Willis felt uncomfortable with the way she was marketed by MCA. In 1994, MCA released Willis from her contract.

Willis continued to pursue her music career after leaving MCA. In 1996, she recorded an EP for A&M Records entitled ''Fading Fast''. However, her relationship with A&M was short-lived; after working with two major labels, Willis decided to record her next album on her own. Her efforts resulted in the 1999 album ''What I Deserve'', which Willis sold to Rykodisc after finishing the album. ''What I Deserve'' received quite a bit of press after the album's release. It was commonly seen as Willis' response to her history with MCA, and was uniformly praised by critics, becoming a hit for Willis.

In 2003, Willis and Bruce Robison, her husband and fellow country musician, released the record ''Happy Holidays'', a cover album of Christmas songs.

In Fall 2007, Willis released ''Translated From Love''. It was recorded at Robison's studio, Premium Recording Services, in Austin, TX. and produced by Chuck Prophet, formerly of the band Green On Red. The album is co-written by Willis, Prophet and notable songwriter Jules Shear, and includes a cover version of Iggy Pop's "Success."

In early 2008, Willis announced she would take an indefinite hiatus from live performances due to family obligations. Said Willis in a website announcement, "Being a traveling musician with four kids may not make an extremely compelling reality TV show but it is kicking my butt. I plan to continue making records. And I may do the occasional holiday show/song swap/benefit here and there.... Happy trails...until we meet again." Her winter/spring 2008 scheduled dates continued as planned until the final show May 2, 2008.

Willis has recently begun to tour outside of Texas again; first she headlined the Northern Rockies Folk Festival in Hailey, Idaho on August 7, 2010. Next up, she is scheduled to perform at the Hardly Strictly Bluegrass festival in San Francisco on October 2, 2010.

==Personal life==
She is married to country singer-songwriter Bruce Robison.

One More Time: The MCA Recordings