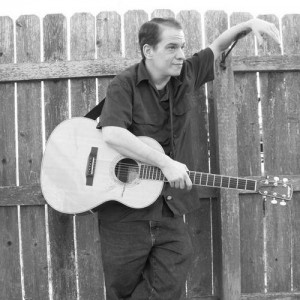 Wayne "The Train" Hancock has been called "the master of hillbilly swing," a "roots Renaissance man," a "country singer's country singer" and "Hank Williams meets Gershwin." But the phrase most frequently echoed throughout his career is "Wayne Hancock is the real deal." Joe Ely said it, Hank Williams III said it, Bobby Koefer from the Texas Playboys said it, as have countless music fans and writers when referring to Hancock's authentic and original blend of honky tonk, western swing, blues and big band that he calls "juke joint swing!"

Authenticity and sincerity have been the cornerstones of Hancock's writing and music since the start of his career. His refusal to compromise his vision and sell
out his music has earned him a fiercely loyal underground following.

Hancock's vision, as he puts it, is "to bring people together and make them feel good about music. It's a spiritual thing and without spirituality, you've got nothin'. There ain't much on the radio that strikes me as being original or from the heart, most of it's from the pocketbook and it shows."
Wayne is proud of his rural roots and culture and has thoroughly absorbed the spirit of country music's forefathers such as Ernest Tubb, Hank Williams and Jimmie Rodgers. Never a mere imitator, the cutting-edge style that emerges is every bit his own. He breathes youth and driving energy into traditional country forms and adds a dash of big band horns, boogie woogie piano, scorching rockabilly beats, heavenly Hawaiian steel licks and some wigged-out hillbilly jazz guitar.

Hancock figures he started writing songs around the age of twelve, and he did a lot of traveling around Texas, playing juke joints and belting out his originals for anyone who'd listen. At 18, he won the "Wrangler Country Showdown" but couldn't claim the prize because he'd already enrolled in the Marines. After a six-year hitch with Uncle Sam, he moved to Austin, where he reacquainted himself with music and won a role in the 1994 theatrical production of Chippy. He performed alongside Terry Allen, Butch Hancock, Joe Ely and Robert Earl Keen and Rolling Stone proclaimed, "The nasal honky-tonk of newcomer Wayne Hancock practically steals the show."


In 1995 Wayne debuted with "Thunderstorms and Neon Signs", a remarkable CD produced by steel guitar legend Lloyd Maines (Joe Ely, Wilco and Richard Buckner). The release was met with critical acclaim. Newsweek called it "the most promising debut of the season." Two-hundred-fifty dates throughout the country, including brilliant performances on Austin City Limits and NPR's Prairie Home Companion, led to well over 22,000 copies sold of his debut release on a tiny independent Texas label. In 1997, Wayne signed with ARK 21, an eclectic and well-anchored label owned by former Police manager Miles Copeland. Miles and his staff were impressed with Wayne's genuine ability for writing and performing and have dubbed him "arguably the hardest-working man in show business" for his willingness to tour solidly and his insistence on efficiency and
untainted live energy in the studio. "That's What Daddy Wants", Hancock's sophomore release, was recorded in a startling three days. A brilliant example of his Texas swing and juke joint rockabilly, the album was even a staple on the space shuttle Columbia, the bugle call of its title track used to wake the astronauts. After "That's What Daddy Wants" generated even more critical success than the first release, ARK 21 decided to reissue "Thunderstorms and Neon Signs" on their label.

The past several years have been a time of personal evolution and growth in Wayne's life. He was self-managed since the beginning of 1998 and later that year he lost his father to cancer. He has still been gigging solidly throughout the country and has been doing his own driving, tour managing and taking care of business in exactly his own way.

While various musicians drop in on Wayne's shows from time to time, his core band for touring is comprised of the phenomenal Eddie Biebel on lead guitar and the rhythm slappin' Jake Erwin on Standup Bass. Do yourself a favor - whenever this great trio is in or near your town, go to the show!

Man Of The Road