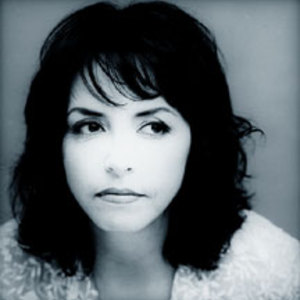 Lynn Miles (born Sweetsburg, Quebec) is a Canadian singer-songwriter. In 2003 Miles won the Juno award for the Best Roots & Traditional Album of the Year, Solo, and in 2005 she was nominated for a Canadian Folk Music Awards. At the 2006 and 2011 Juno Awards she was again nominated for the Roots & Traditional Album of the Year, the latter being for her 2010 album Fall for Beauty. Born outside Montreal, in Sweetsburg, Quebec, Miles grew up in a musical home. Her father played the harmonica and listened to his jazz collection while her mother was a lover of both opera and country music.

Born outside Montreal, in Sweetsburg, Quebec, Miles grew up in a musical home. Her father played the harmonica and listened to his jazz collection while her mother was a lover of both opera and country music. During her elementary school years, Miles learned guitar, violin, flute and piano. She began performing in public at around the age of sixteen and when she was in her early twenties she studied with an opera singer to strengthen her voice and enrolled for a time at Carleton University in Ottawa where she studied classical music history and theory. Years later, Miles put this training to good use while serving as a voice teacher at the Ottawa Folklore Center. While at the center, she taught voice to many students including a then fourteen-year-old Alanis Morrisette. The lessons came just prior to the making of Morrisette's first album.

Though Miles had been writing her own songs since the age of 10, she didn't end up recording any of her own material until 1987 when she cut 9 original compositions for a demo at Happyrock Studio in Ottawa. An avid reader and music-lover, those early recordings were inspired by the books she loved to read, and the music she listened to on the radio.

In the early 1990s Miles released a self-titled album plus an additional recording called Chalk This One Up to the Moon. Her composition "Remembrance Day" became part of a nationally-televised video created by the Canadian Armed Forces.

Miles' 1996 album, Slightly Haunted received favorable reviews in the New York Times and was a Billboard Top Ten Pick of the Year.

In 1997 she released the album Night in a Strange Town.

Miles' reunited with collaborator and guitarist Ian LeFeuvre for her 2001 album, Unravel, which won the 2003 Juno award for Best Roots & Traditional Album of the Year: Solo.

Miles was nominated in 2005 for a Canadian Folk Music Awards.

In 2006 Miles recorded the album Love Sweet Love which was released on Red House Records characterized as a "road album". It was recorded with guitarist Ian LeFeuvre and Keith Glass, drummer Peter Von Althen, John Geggiem on bass, James Stephens on violin. It was nominated for a 2006 Juno Award.

In 2008 and 2009 Miles re-recorded her earlier work in a two volume, songbook called Black Flowers.

Her 2010 album Fall for Beauty was nominated at the Juno Awards of 2011 in the Roots & Traditional Album of the year category.