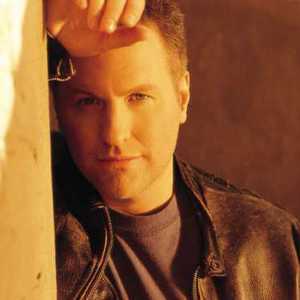 Collin Raye was born Aug. 22, 1960, in DeQueen, AR, with the name Floyd Collin Wray. Both of his parents were musical, and his mother, Lois Wray, was a regionally popular performer in East Texas who opened shows for Elvis Presley, Johnny Cash, Jerry Lee Lewis and Carl Perkins in the 1950s. At 7, Raye was onstage with her performing. At 13, he and his older brother Scott formed The Wray Brothers and performed in the roadhouses of the Lone Star State. They soon became headliners in Portland, OR, and in the casinos of Reno, NV.

Raye first attracted Nashville's attention as the lead vocalist on a string of independent singles in the 1980s. Billed as The Wrays, the act released a couple of singles on Mercury Records in the mid-80s before breaking up. Epic Records signed Raye as a solo act in 1990. A year later, the nostalgic ballad Love, Me hit No. 1, and by 2000, he charted 21 Top 10 hits for Epic. His first four studio albums, as well as his Greatest Hits, have been certified platinum. His best-known hits include Little Rock, about a recovering alcoholic, and I Think About You, about watching his teenage daughter grow up.

Still On The Line….The Songs Of Glen Campbell