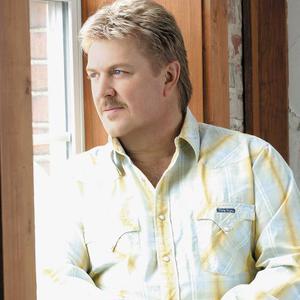 Joe Diffie (born December 28, 1958, in Tulsa, Oklahoma) is an American country musician.He was raised in Velma, Oklahoma. He worked in a foundry while playing local nightclubs in Oklahoma and moved to Nashville in 1986 to work for Gibson Guitar Corporation. His first album arrived in 1990 when country music was thriving commercially and creatively. His first single, a sensitive traditional country ballad, Home, reached No.

1, although Diffie quickly counted on novelty hits to sustain his career. For instance, his other No. 1 hits are Pickup Man, Bigger Than the Beatles, Third Rock From the Sun and If the Devil Danced (In Empty Pockets). Toward the end of the 1990s, Diffie lost his chart momentum and left Epic Records following his 2001 album, In Another World. Since then, he's toured with Mark Chesnutt and Tracy Lawrence on the Rockin' Roadhouse tour.

A Night To Remember

Twice Upon A Time

Third Rock From The Sun