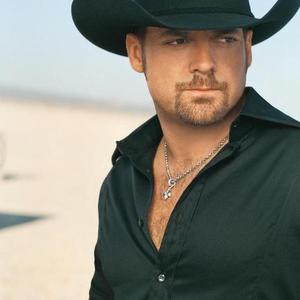 Chris Cagle, born November 10, 1968, is a country music singer and songwriter who was born in DeRidder, Louisiana and raised in Baytown, Texas. After graduating from Robert E. Lee High School in Baytown, Texas, he attended The University of Texas at Arlington for a short time, but dropped out to pursue a musical career. During his college years he was a brother of the Missouri Theta chapter of Phi Delta Theta. He moved to Nashville in 1994 and worked a number of odd jobs to support himself while trying to land a recording contract.

After years of toiling, he was signed with Virgin Records in 2000. Cagle made his debut on the Billboard Hot Country Singles & Tracks (now Hot Country Songs) charts with the single My Love Goes On And On, the first single from his debut album Play It Loud. The album, which was certified gold in the United States, also produced the Top 10 hit Laredo and I Breathe In, I Breathe Out, his first and only Number One hit.

Play It Loud was followed in 2002 by Chris Cagle, released on Capitol Records. Also a gold album in the U.S., it produced the Top 5 hits What A Beautiful Day and Chicks Dig It. Anywhere But Here, his third compilation, followed in 2005 and produced the #12-peaking Miss Me Baby. A fourth studio album, titled My Life's Been A Country Song, was released in 2008, and its lead-off single, What Kinda Gone, peaked at #3 on the country music charts in early 2008.

The Got My Country On Songfacts reports that a fifth studio album, titled Back In The Saddle, will be released May 22, 2012, and its lead-off single, Got My Country On, was dropped on August 29, 2011.

Back In The Saddle

Back In The Saddle (Deluxe Edition)

My Life's Been A Country Song