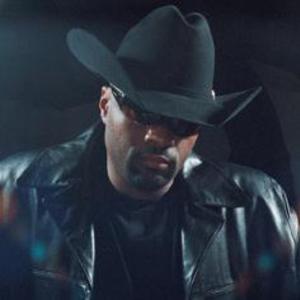 Cowboy Troy (born Troy Coleman, 18 December 1970 in Victoria, Texas) is an African-American country singer. He graduated from Skyline High School in the Dallas Independent School District. Subsequently, he completed a bachelor's degree in psychology at The University of Texas. Prior to his career as a singer, he worked as the manager of a Dallas Foot Locker. Cowboy Troy began performing in 1989 and developed a style he calls "hick-hop," which blends various country, rock, rap and tejano influences.

Starting in 2002, three songs were available as free downloads from amazon.com: "Texas" from Hick-Hop Hysteria, "Bus Driver" and "Tae Kwon Flo" from Beginner's Luck. As of August 28, 2005, "Texas" was #2 on Amazon's Funk & Rap Rock chart, #1 on their Experimental Rap chart, and #1125 overall. The other downloads have been discontinued.

Cowboy Troy joined the informal music group, MuzikMafia, in 2004. He appeared on Big & Rich's first album, Horse of a Different Color, rapping the fourth verse to the first track, "Rollin' (The Ballad of Big and Rich)." As a backup vocalist for Big & Rich, Troy toured with Tim McGraw and provided a rap track to McGraw's ballad "She's My Kind of Rain."

Cowboy Troy released his first major-label solo album, Loco Motive, (production label: RAYBAW records; distribution label: Warner Music Group) on May 17, 2005. The album debuted at #2 on Billboard's Top Country Albums chart. The first single, "I Play Chicken with the Train," peaked at #48 on Billboard's Hot Country Songs chart on April 9, 2005 and was a #1 country download at the iTunes Music Store on April 15, 2005.

As a Chevrolet promotion, Troy, Gretchen Wilson and Big and Rich released "Our America" as a free, time-limited download on July 1st, 2005. They also performed the song live at the Boston Pops concert on July 4, 2005. "Our America" combines "The Star-Spangled Banner" with a rap version of parts of the U.S. Constitution, Declaration of independence, Pledge of Allegiance and Martin Luther King, Jr.'s "I Have a Dream" speech. The song peaked at #44 on Billboard's Hot Country Songs chart, and appears as a bonus track on both Big & Rich's Comin' To Your City and Gretchen Wilson's All Jacked Up albums.

Cowboy Troy's next single (released July 20, 2005) was "If You Don't Wanna Love Me," a duet with Sarah Buxton. His most recent single, "Hook 'Em Horns," was released on February 14, 2006 after his alma mater (University of Texas) won the national championship in football.

Cowboy Troy is currently co-hosting, with Wynonna Judd, the fourth season of Nashville Star on the USA Network and CMT Canada.

Troy made a special appearance at the 13 March, 2006 episode of WWE RAW in Beaumont, Texas. He came to the commentary booth and helped announce for the match between superstars Edge and Goldust. His entrance music was "My Last Yee Haw."

Black In The Saddle