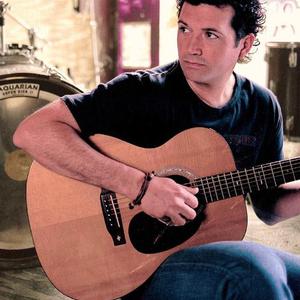 Byrd is the eldest child, and only son, of Jerry Lynn and Brenda Vaughn Byrd. He and his sister Debra were raised in Vidor, Texas and were students in the Vidor, Texas public school system. Tracy Byrd graduated from Vidor High School in May 1984. His first college experience was at Lamar University, Beaumont, Texas. Byrd never intended becoming a singer. Byrd was never in Band or Choir in the Vidor School System.

Byrd never intended becoming a singer. Byrd was never in Band or Choir in the Vidor School System. He began studying business at Texas State University (then called Southwest Texas State). One of his friends coaxed him into singing a cover of Hank Williams Sr's "Your Cheating Heart" at a local mall recording studio. The owner of the studio was so impressed with his version that he entered Byrd into a local talent contest. Byrd discovered on that stage that he really liked the attention and applause that came with performing.

Byrd began playing nightclubs in Southeast Texas, including working with then-struggling artist Mark Chesnutt. After Chesnutt secured a record deal, Byrd took over as the house band at Cutters Nightclub in Beaumont, landing his own record deal in 1992. His first three albums sold over 3 million copies.

Byrd is an avid outdoorsman. He began fishing with his grandmother, Mavis Vaughn, when he was only three, and she bought him his first shotgun when he was six. His love of those sports has given him the opportunity to host two shows on the Outdoor Channel.

Byrd is the National Spokesperson for Special Olympics International for the Country Music Association. He developed a crank bait fishing lure marketed by Norman Lures called The Lifestyles Of The Not So Rich & Famous', named after his hit recording of the song written by Byron Hill and Wayne Tester. For every one of the lures sold Byrd donates ten cents to the Special Olympics.

Byrd also hosts an annual golfing/fishing/music event, "The Tracy Byrd Homecoming Weekend," in Southeast Texas to raise money for local charities, including the March of Dimes, the Children's Miracle Network, and culminating in the donation of money to fund the Tracy Byrd Hyperbaric Medicine and Wound Care Center at St. Elizabeth's Hospital in Beaumont. Byrd also raised money by soliciting pledges for his attempt to complete the 2001 Houston Marathon. He finished the marathon, and donated all of his pledges to the Children's Miracle Network.[1]

In 1994, he made a cameo appearance in the film Radioland Murders. He has also published Eat Like a Byrd: The Tracy Byrd Cookbook which "uses rubs and marinades to create memorable meals."[2]. He has also launched a line of spices, rubs, and marinades to go along with it, called "Tracy Byrd's Tiny Town Products." These are available at Wal-Mart and Kroger stores, Byrd donates five cents from each sale to the Children's Miracle Network.

Byrd and his wife, Michelle, have two sons and daughter. The family lives in Beaumont, Texas.

The Truth About Men

I'm From The Country