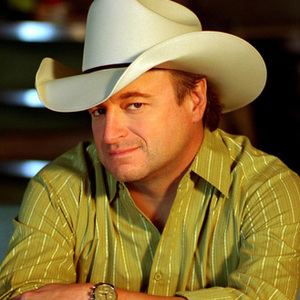 Chesnutt is the second son of Bobby Thomas Chesnutt and Norma Jean Nicholas. He learned to love music from his father, who was a singer and record collector. Chesnutt dropped out of school after his sophomore year of high school to begin playing with his father in clubs around Southeast Texas. When he turned 17, his father began to take him to Nashville, Tennessee to begin recording. For the next ten years, Chesnutt began to record on small regional labels while he was the house band for local Beaumont nightclub Cutters.

He slowly gathered a large fanbase who loved to hear his traditional style.

In 1989, several Music Row executives came to Cutters to hear Chesnutt play. In 1989, he was signed to MCA Nashville. He won the CMA Horizon Award, given annually to the most promising newcomer. He toured constantly, and his fans rewarded him by making him one of Billboard's Ten Most-Played Radio Artists of the 1990s. He has four platinum albums, five gold albums, fourteen Number One singles, and 23 Top Ten Singles. He also won the 2005 French Country Music Awards Best Album of the Year Award. [1]

Although his first hit, 1990's "Too Cold at Home," was extremely neotraditional, subsequent songs were more mainstream Contemporary Country. Chesnutt surprised many fans in late 1998 when he recorded a cover of Aerosmith's recent hit, I Don't Want to Miss a Thing. Chesnutt's version of this song was a #1 country hit for two weeks in February 1999, and peaked at #17 on the Billboard Hot 100.

Mark married his wife Tracie in 1992. They have three boys, Waylon, Casey, and Cameron. The family lives in East Texas.

In June, 2007, Mark signed with Lofton Creek Records. The first single for his new label, "Rollin' With The Flow", is a cover of Charlie Rich's 1977 number 1 country hit.

Mark Chesnutt has a great number of fans in Europe, where he has toured in the last years. Two of his latest singles has been great hits in the European market, through the AGR Record Label, according to AGR and The European CMA radio Charts. "Heard in a love song" peaked at #5 in April 2007 and "That Good That Bad" peaked at #4 the week of June 22, 2007.

Rollin' With The Flow

Heard It In A Love Song

Lost In The Feeling

I Don't Want To Miss A Thing