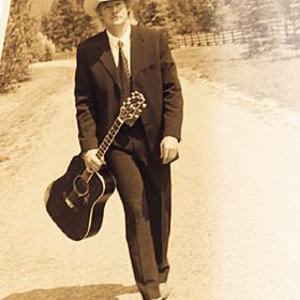 Alan Jackson (born October 17, 1958) is an American country singer-songwriter who has sold over 50 million records. He was influenced by the new traditional country of the 1980s, and he was one of the most popular country singers of the 1990s, blending both honky tonk and mainstream country sounds and penning many of his own hits. His success continued into the 2000s and his music became increasingly counterposed with that of more mainstream country acts that were moving toward a more pop music sound.

He is the recipient and nominee of multiple awards. He was inducted into the Georgia Music Hall of Fame in 2001.

Jackson was born to Eugene Jackson and Ruth Musick in Newnan, Georgia and has four older sisters. As a youth, Jackson primarily listened to gospel music, and otherwise was not a major music fan. However, a friend of his introduced him to the music of Gene Watson, John Anderson and Hank Williams Jr. Jackson started a band after high school. After a time, he and his wife of six years, Denise, moved from Newnan to Nashville hoping to pursue music full-time.

In Tennessee, Jackson got a job in The Nashville Network's mailroom. Denise got him connected to Glen Campbell, who helped him jumpstart his career. Jackson eventually signed with Arista.

His first album, 1989's Here in the Real World, was a major hit, as was his second (1991) album, Don't Rock the Jukebox. His 1992 album, A Lot About Livin' (And a Little 'Bout Love) was a success, spawning five major singles. Also in 1992, Randy Travis charted three singles co-written by Jackson: "Forever Together", "Better Class of Losers", and "I'd Surrender All". Conversely, Travis co-wrote Jackson's single "She's Got the Rhythm (And I Got the Blues)".

In 1994 Jackson left his management company, Ten Ten Management, which had overseen his career up to that point, and switched to Gary Overton.

It was around this time that Jackson began also gaining fame for his song-writing skills. Other country music artists who have charted with songs co-written by Jackson, including Clay Walker ("If I Could Make a Living"), Chely Wright ("Till I Was Loved By You")[5] and Faith Hill ("I Can't Do That Anymore").

His first album, 1990's Here In The Real World, was a major hit, as was his second (1991) album, Don't Rock the Jukebox. His 1992 release, A Lot About Livin' (And A Little 'Bout Love) was a smash success, spawning five major singles with "Chattahoochee" being the most enduring and successful. After a few more hit albums, Jackson again rocketed to fame with "Where Were You (When The World Stopped Turning)," a song about the September 11, 2001 terrorist attacks, which became a hit single and briefly propelled him into the mainstream spotlight; the song was even the subject of parody on the popular animated series South Park, in the episode A Ladder To Heaven.

The Long Way To Go Songfacts states that on January 20, 2011 Alan Jackson and his record label, Sony, parted ways after over 20 years. Three months later a new joint venture between Capitol's EMI Records Nashville and ACR (Alan's Country Records) was announced. His debut single from the new deal was Long Way To Go, which was shipped to Country radio on June 13, 2011.

Although Jackson has been characterized as a "hat act", his influences go deep into the roots of country music and his songs have been recorded by some of the greats like Charley Pride, who recorded "Here in the Real World". He has sung with George Jones on the award-winning "I Don't Need Your Rockin' Chair". His sense of humor comes through in "Gone Country" with the satirical description of the wannabes who cynically jumped on the country music bandwagon in the 1990s: "Everybody's gone country/Yeah we've gone country/The whole world's gone country."

He has been credited for popularizing a Neotraditional Country sound.

Where Have You Gone

The Older I Get (CDS)