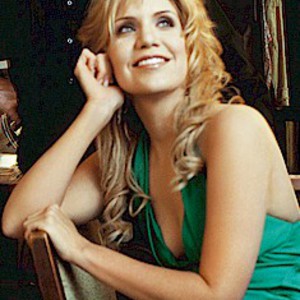 Alison Krauss (born July 23, 1971) is an American bluegrass-country singer, songwriter and fiddler. Signed to Rounder Records as a 14-year-old fiddler from Champaign, Illinois, she has become the most recognized face in contemporary bluegrass, a critically acclaimed artist who has brought modern sophistication to the genre while respecting its traditions. Songfacts reports that in 2011 Krauss recorded her first ever number one country album in her home country with paper airplane.

She has also sold upwards of 11 million records and garnered 2 Oscar nominations as well as 26 Grammy? Awards, the most for any female artist in Grammy? history.

Also impressive is Krauss's unwavering commitment to being an independent-label artist who has succeeded far beyond the scope of many major-label artists. She has circulated freely within pop, mainstream country and roots music circles, as a solo artist and with her long-time band Union Station, creating impeccably produced records that appeal to an equally wide-ranging and inquisitive audience. Krauss has continued doing things the old-fashioned way: following her heart and whatever path the music takes her on.

A Hundred Miles Or More: A Collection