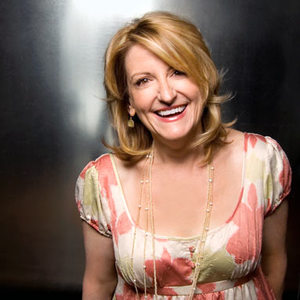 Claire Lynch has long been recognized as a creative influence in bluegrass music ? first for her early years with Alabama's Front Porch String Band (which was labeled as ?a musical force to be reckoned with? by John Starling), and later for her superb singing and songwriting which have been recorded on five projects for Rounder Records. Two of those recordings were nominated for the Grammys and, among her many other nominations, a win was scored for ?Female Vocalist of the Year? with IBMA in 1997.

In 2006, after a six-year hiatus from touring, she landed on her feet again with New Day which enjoyed a run on the Bluegrass Album Chart reaching #2, while ?Train Long Gone? topped the Bluegrass Song Chart at #1 for two consecutive months. Much of the credit was due to her touring and recording mates (Jim Hurst, Missy Raines, Jason Thomas) who comprise the Claire Lynch Band and are award-winners themselves.

Although Claire's songwriting is an undeniable gift, it's her ?captivating?, ?hillbilly angel? voice which has landed her spots on recordings from Linda Ronstadt to Dolly Parton and many in between. As one reviewer observed, ?Claire's is one of those rare voices which instantly reveals a beautiful personality and allows her to speak directly to your heart..."

Out In The Country