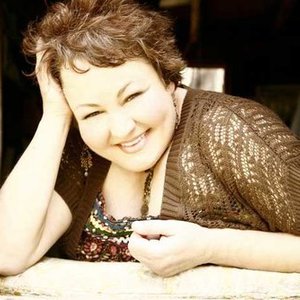 A mountain murder ballad, a haunting tale of the Underground Railroad, a trip on a moonshine run, a walk in the mists of Ireland, a wild ride with Bobby McGee: whatever Dale Ann Bradley sings, people believe her. That's because she's the real deal, a Primitive Baptist preacher's daughter raised in the rural southeastern Kentucky crossroads of Williams Branch, where family and faith came first. Singing old style hymns in a church where no musical instruments were allowed, living down a rural road where electricity and running water weren't available until she was in high school...

That's because she's the real deal, a Primitive Baptist preacher's daughter raised in the rural southeastern Kentucky crossroads of Williams Branch, where family and faith came first. Singing old style hymns in a church where no musical instruments were allowed, living down a rural road where electricity and running water weren't available until she was in high school, Bradley learned the hardships and the joys of a way of life that had more in common with that of earlier generations than the experiences of her contemporaries in today's bluegrass scene. "It was very different. It was not easy," she says. And even as a girl, she knew she wanted more. "When you go up on one of the mountains there, it's breathtakingly gorgeous -- but I was so sure I was never going to be able to leave."

She was sure of something else: her love for music. An uncle who'd been part of the Appalachian migration to Detroit city brought country music tapes back with him when he came to visit, opening her ears to music beyond church hymns. Bradley began to claim her own right to music as a teenager, borrowing her uncle's guitar to play and sing at school events. Eventually that love for music would take her out of the mountains and into the top ranks of bluegrass stars.

Women are reshaping the bluegrass sound, and Bradley, with her mountain pure soprano, her knack for storytelling, and her true-life roots, is one of those creating that exciting music. Steeped in the past and present of the bluegrass way of life, she is equally at home with a contemporary country song turned high lonesome as she is with a mountain ballad.

That's clear through the range of music she's chosen for Catch Tomorrow, her third solo album. "I want this record to be thought provoking," Bradley says, "Maybe it will make people take a second look at how we view the world, walk in somebody else's shoes a little bit."

Bradley turned to GRAMMY award winning banjoist and Compass Records co-founder Alison Brown to produce Catch Tomorrow. Sitting in with Bradley and Brown is an all-star cast of roots music's finest including Jim Lauderdale, Tim O'Brien, Jeff White, and Steve Gulley (Mountain Heart). Stand out tracks include an exquisite gospel duet with Larry Sparks on Pass Me Not, a traditional country duet with Marty Raybon (Shenandoah) on Holding on to Nothing, and a collaboration with Irish super group Lunasa on When the Mist Comes Again. She also delivers some hard driving bluegrass on the self-penned Run Rufus Run, Julia Belle, and the soon to be classic Rita Mae with the help of her past and current band mates including Michael Cleveland, Jesse Brock, and longtime co-writer Vicki Simmons.

Bradley offers heartfelt storytelling and tackles not so bluegrass songs, including Texas tunesmith Billy Joe Shaver's Live Forever and rock icon Kris Kristofferson's Me and Bobby McGee. She makes them her own. When she first heard bluegrass music, "it hit me so strong," Bradley recalls, "I thought, this is the genre that can do it all."

"When you've got the desire to write and sing, it's who you are," Bradley says. That desire pulled her from the hardscrabble life she knew as a teenager in rural eastern Kentucky all the way to a nod as Traditional Female Vocalist of the Year from SPBGMA, a 2006 IBMA nomination for Female Vocalist of the Year, and to her current status as one of the most respected musicians in bluegrass. Along the way she lent her voice to the famed Renfro Valley Barn Dance and The New Coon Creek Girls, and saw her solo debut, East Kentucky Morning, chosen as an editor's pick at Billboard. Longtime fan Alison Krauss comments: "Dale Ann Bradley is one of the most gifted vocalists bluegrass and country music has ever heard. She is a dream."

Dale Ann Bradley's dreams for this record, and for her career, are about the connecting power of the music itself. "It's important to express something long lasting. Music has the power to be a healing thing."

This musician's roots, in Appalachian Kentucky and in bluegrass music, run deep and long. With the outstanding collection of traditional and modern bluegrass that is Catch Tomorrow, Dale Ann Bradley stakes her powerful claim as an artist with an authentic right to this music and a true birthright in bluegrass.

Don't Turn Your Back