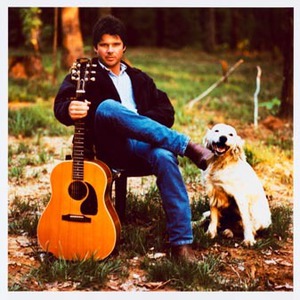 Chris Knight is an American country music singer and songwriter from Kentucky. He has come only recently to national attention, but has written songs for Confederate Railroad, John Anderson, and Randy Travis among others. He is perhaps best known for writing the hit Montgomery Gentry song "She Couldn't Change Me" and due to his particular fame in Texas, has been named an "Honorary Texan" by Texas Governor Rick Perry. He has been compared to Steve Earle and John Prine throughout his career as a musician.

Chris Knight was born on June 24, 1960. He grew up in the western Kentucky mining town of Slaughters. Knight started on his musical journey at just three years old when he requested a plastic guitar for Christmas. When he turned 15, he became more serious and began teaching himself John Prine songs on his older brother's guitar. He has a degree in agriculture from Western Kentucky University. He worked for close to ten years as a mine reclamation inspector and as a miner's consultant. In 1986, after earning his degree, he heard Steve Earle on the radio and decided to try his hand at writing songs. After six years of working on his songs he came to Nashville and won a spot on a songwriters' night at the Bluebird Cafe. He snatched the interest of Frank Liddell, who signed him to a publishing deal with Bluewater Music. He then went back home and kept writing, and when Decca Records hired Liddell for an A&R position, Knight got a record deal and Decca released his self-titled debut in 1998. Knight still lived in a trailer house on 90 acres in Slaughters when the album was released. He has since become a popular name in the Americana music genre.