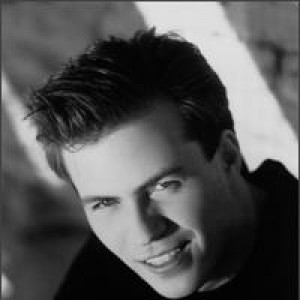 Chris Cummings (born Christopher Allen Thomas Cummings on August 11, 1975, in Norton, New Brunswick, Canada) is a Canadian country music artist. SInce beginning his career, several of his singles have charted on the Canadian country charts, including the Number One hits "Sure Enough" and "The Kind of Heart That Breaks". Cummings was signed by Warner Nashville in 1993 and spent most of the next eleven years there.

Cummings was signed by Warner Nashville in 1993 and spent most of the next eleven years there. His self-titled debut album contained four top 10 singles and was certified Gold in 1998. Six more top ten singles followed, two off of ?Lonesomeville?, three from ?Ohh?That Could Cost Him the Gold Bob? and one from his greatest hits package from 2004.

Cummings wrote six songs on his 2008 album "Lonesomeville" and co-wrote one more with long time collaborator Rod Lewis (No One Hurts Me, Lucy Got Lucky). Cummings has long been a critically-acclaimed songwriter with cuts by Ricochet, Daryle Singletary, David Frizell and the Grammy nominated recording "Twentieth Century" for Alabama. The first single, "Dixie Beauxderaunt", was the first radio release by Cummings that was not self-penned. "Dixie" was a top 20 record on the charts and a #3 video at CMT. It was followed by "For The Music" which reached the top 15. The current single "In The Nicest Way" is still active on the charts. Another release from ?Who Says You Can't?? was released to radio in the spring of 2008.

Chris signed with Royalty Records in April 2010 for his CD entitled Give Me Tonight.