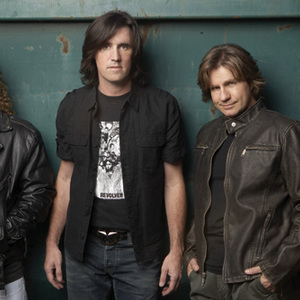 Little Texas was conceived in 1988, in Nashville, Tennessee, by a handful of guys in their early twenties who were willing to do just about anything to bring their brand of rockin' country to the forefront of the music industry. Before hitting the big time, the band crisscrossed America for three long years, playing every bar and honky tonk from Myrtle Beach, SC, to Los Angeles, CA, all the while writing songs that were destined to change the sound of modern country, and perfecting a stage show that has been critically acclaimed worldwide.

Known as ? the hardest working band in country music,? it was not uncommon for the band to play over 300 shows a year, without a bus, without a driver, without tour support from a label. They simply made it on their own, and that seasoning shows up even today.

Their first radio release, ?Some Guys Have All The Love,? became a top ten hit, as did their next single, ?First Time For Everything.? The only problem was, with two top ten singles, the band still didn't have a full album in the can. ?Our label wasn't really sure about us from the beginning,? said bassist Duane Propes. ?Who could blame them? At that time there had never been a country act that young signed to a label. There was no individual artist of that age, and of course, no bands like Little Texas that really looked and performed like a rock act. We wound up jumping in the studio during a small break in our schedule and hammering out the first album in a matter of days.?

After the album First Time For Everything was released, five singles reached the top of the charts. The second album, Big Time, truly was the big time for Little Texas, as it spawned three number 1 singles with ?What Might Have Been,? ?God Blessed Texas? and ?My Love,? capturing the very first CMT award, a Billboard award, a Radio & Records award and a Grammy nomination, and to date has sold over three million copies.

Soon, they signed on as an opening act on an arena tour headlined by Clint Black. Later, they traveled with Travis Tritt and Tricia Yearwood on a tour sponsored by Budweiser. After that, they were on their own, singing to packed arenas across the United States and Canada. During this time, the band played a part in Common Thread: A Tribute To The Eagles, which later earned their first CMA Award for ?Album Of The Year.? Their cover of ?Peaceful Easy Feeling? charted well albeit without an official release, and with that, Little Texas broke another record in country music history: 3 different songs on 3 different charts with 3 different lead singers, all at the same time; a feat that has never been repeated since by any band. The year 1994 also brought them the ACM Award for ?Vocal Group of the Year.?

Little Texas released the album Kick A Little, and their first true headlining arena tour began, supported by Tim McGraw and opening act, BlackHawk. The tour and the album were huge successes, highlighted by shows in Detroit and Minneapolis fully selling out the arenas just days after their heroes, The Eagles, had played the same venues. The tour continued on through 1995, finishing as the fifth largest grossing tour of the year, and over the course of '94 and ?95 the band received two more Grammy nominations and released Little Texas ? Greatest Hits.

After the self-titled album, Little Texas, was released, Little Texas needed a break. At the end of the year, each member went their separate ways, spending time with family and friends and working on individual projects. Propes says, ?At that point it was time for our loved ones to have us back for a while. It all happened for a reason.? But now, Little Texas is back.

With a fresh perspective, the band is on the road again with original members Porter Howell (lead vocals & lead guitar), Dwayne O'Brien (vocals and rhythm guitars), Duane Propes (bass & vocals) and Del Gray (drums), selling out shows and creating new music that can only be described as inspired. Little Texas recently signed a new recording contract with the Montage Music Group, and will have a new studio album out in Spring 2007, a new single in February of 2007 (Title Track: "Missing Years"), and a live Greatest Hits album (Live & Loud) will be released on February 20th, 2007.

The sound is blissfully familiar, the stage shows are electric, and one can only say that America's favorite rockin' country band, Little Texas, is poised for a return to prominence with their feet firmly planted on the ground, loud and proud.

Young For A Long Time

The Very Best Of Little Texas

First Time For Everything