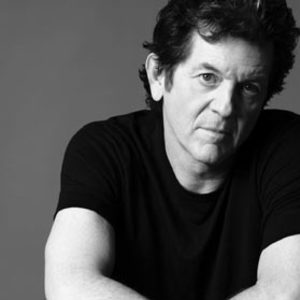 Rodney J. Crowell (born August 7, 1950) is a American country music singer/songwriter who is considered to be part of both the alternative country and the mainstream country music camps. For three years he was part of Emmylou Harris' "Hot Band"; later he gained mainstream popularity as a solo performer with a series of critcally-claimed albums released during the late 1980s and early 1990s. Crowell was born in Houston, Texas to James Walter Crowell and Addie Cauzette Willoughby.

Crowell was born in Houston, Texas to James Walter Crowell and Addie Cauzette Willoughby. A contemporary of Steve Earle and, like Earle, influenced by the (songwriting) greats Guy Clark and Townes Van Zandt, Crowell played guitar and sang for three years in Emmylou Harris' "Hot Band".

He was married to Rosanne Cash (daughter of famous singer/guitarist Johnny Cash) from 1979 to 1992 and had a great influence on her career, producing most of her albums during that period. They collaborated on a number of duets, including 1988's "It's Such a Small World." Though Crowell and Cash are now divorced, they remain on friendly terms, performing together occasionally. Six years after the breakdown of his marriage to Rosanne he married Claudia Church.

Although best known as a songwriter and alternative country artist, Crowell enjoyed mainstream popularity during the late 1980s and early 1990s. His critically acclaimed album, 1988's Diamonds and Dirt, produced five No. 1 hits during a 17-month span in 1988 and 1989: "It's Such a Small World" (a duet with Cash), "I Couldn't Leave You If I Tried," "She's Crazy for Leaving," "After All This Time" and "Above and Beyond." His follow-up album, 1989's "Keys to the Highway," produced two top 5 hits in 1990, which were "Many a Long and Lonesome Highway" and "If Looks Could Kill."

As Crowell's popularity in mainstream country faded, he continued his prolific songwriting. In 2001 he released The Houston Kid on Sugar Hill Records. Many songs on the album were semi-autobiographical, and the album included a duet with Crowell's ex father-in-law Johnny Cash on "I Walk the Line (Revisited)". Initially, Cash was annoyed at Crowell changing the tune to his song, but he came to like the finished product. Crowell followed up this effort with Fate's Right Hand in 2003 and The Outsider in 2005. Crowell considers these three albums his finest work as a solo artist.

Stars On The Water