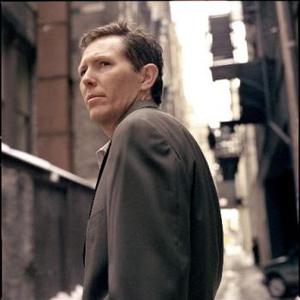 Robbie Fulks is an alt country artist originally from Raleigh, North Carolina but is a longtime Chicago, Illinois resident. He has been active for many years and is still recording and performing music. Fulks is known for his disdain of mainstream modern country and the country music industry, as exemplified by his scorching rebuke of Nashville titled "Fuck This Town." His live performances feature improvised rearrangments of his original songs, off-the-cuff musical humor, and covers of songs by Michael Jackson and Cher, among others.

Before beginning his solo career, Fulks joined the Bluegrass band Special Consensus. Here he showcased his unique guitar playing, and appeared on the Grammy-nominated album "Hole In My Heart" released in 1989. Fulks' solo debut, "Country Love Songs" was released on Bloodshot Records in 1996 to positive reviews. This album was followed by 1997's South Mouth, which cemented Fulks' retro-alternative image.

As fans had grown used to Bloodshot's rough and sparse sound, many were shocked by the release of Fulks' third album, 1998's "Let's Kill Saturday Night," on Geffen Records. When Geffen disbanded shortly after the release of the record, Fulks found himself without a label, and did the logical thing, starting his own company, Boondoggle Records (distributed by Bloodshot), and releasing an album of previously unreleased material called "The Very Best of Robbie Fulks."

2001 saw the release of both "Couples in Trouble," a dark, brooding, and decidedly non-country album, and, just 3 months later, "13 Hillbilly Giants," a collection of covers of classic country numbers both obscure and well known.

Fulks would not release another album until 2005, when the release of "Georgia Hard" showed a return to his county roots. He also gained attention for a novelty single he wrote called "Fountains of Wayne Hotline," in which he imagined the power pop band Fountains of Wayne as having a hotline which struggling songwriters could call for help with their song structure.