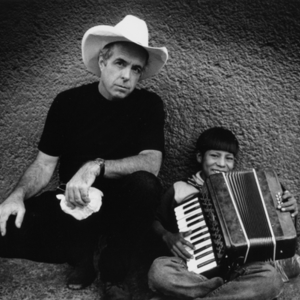 Tom Russell is an American singer-songwriter from California, currently living in El Paso, Texas. His music incorporates elements of folk, traditional country & western, border and cowboy music of the American West. Russell's songs have been recorded by artists such as Johnny Cash,Ian Tyson, Nanci Griffith, Dave Alvin and others. In addition to his music, he is also an artist and published author.

In the 1980s Russell made four albums credited to the Tom Russell Band, which featured Andrew Hardin and accordionist Fats Kaplin. His latest album, Love and Fear, was released in March 2006 on Hightone Records.

October in the Railroad Earth

Old Songs Yet To Sing

Play One More: The Songs Of Ian & Sylvia

The Rose Of Roscrae CD2

The Rose Of Roscrae CD1