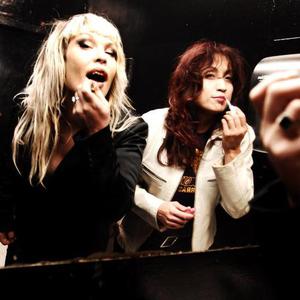 The Detroit Cobras are a cover band who specialise in versions of Motown, soul and '50s rock and roll standards, played in the garage rock/punk blues style. In contrast to cover bands that attempt to re-create the original, The Detroit Cobras use material from the past and shape it into fresh, original garage rock versions. The resulting sound is rock & roll roots packed with modern garage rock energy.

The Detroit Cobras signed to Sympathy Records and released their first full length album entilted "Mink Rat or Rabbit" in 1998. They followed up with 2001's "Life, Love & Leaving" and drew enthusiasm from the NYC and London music scenes. Their retro garage rock formula has proven popular in the UK and prompted the London-based Rough Trade Records to sign the band and record "Seven Easy Pieces" in 2003 and "Baby" in 2005.