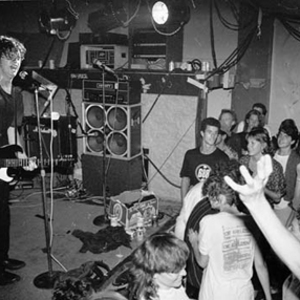 Rockabilly duo Dexter Romweber and drummer Crow came together in Carrboro, North Carolina (right next door to Chapel Hill) though they made Athens their base for a short amount of time. This how in the 1986 documentary on Athens GA Inside/Out they first came to exposure outside of their touring base. They had a small cassette issued in 1984 but they did not officially issue their first album a self-titled debut until 1990.

In 1990 they toured with the Cramps and even made an appearance on the David Letterman show. The Flat Duo Jets followed this up with another critically acclaimed record Go Go Harlem Baby. They released a few albums after that and eventually signed to a major label Outpust in 1998 and released Lucky Eye thereafter.