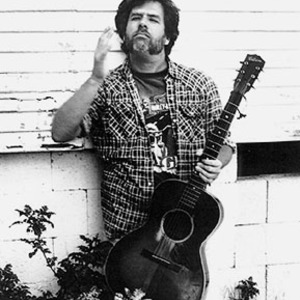 Nixon and Roper's third album, 1987's Bo-Day-Shus!!! contained the song "Elvis is Everywhere," a deification of Elvis Presley which is probably his best known song. (Nixon later declared his personal religious trinity was Presley, Foghorn Leghorn and Otis the town drunk from The Andy Griffith Show.)

Nixon and Roper parted ways late in 1989. The following year Nixon recorded a solo album on Engima called Otis. On this album Nixon continued his assault on pop culture, most notably in the song "Don Henley Must Die." Several years after its release Henley appeared onstage with Nixon to perform the song, which won him Nixon's respect.

Shortly after Otis was released Enigma Records went bankrupt, which in turn left much of Nixon's early catalog in legal limbo. In the 1990s Nixon released a handful of albums on several labels with a backup band known as the Toadliquors. These later albums included songs such as "You Can't Kill Me," "Orenthal James (Was A Mighty Bad Man)," and the controversial "Bring Me the Head of David Geffen," which was ultimately released on a B-side collection due to pressure from album distributors.

In the mid-1990s Nixon collaborated on albums with Jello Biafra (Prairie Home Invasion) and Dave Alvin and members of the Beat Farmers (Live in Las Vegas by the Pleasure Barons). Country Dick Montana of the Beat Farmers, who was a close friend of Nixon's, was eulogized on Nixon's final album, The Real Sock Ray Blue, after his 1995 death onstage of a heart attack.

Nixon is an ardent supporter of free file sharing of recordings in MP3 and other formats. He once publicly declared his support because he's "not an asshole like Metallica."

Nixon chose his stage name because he felt they were two words which should never go together. He is a supporter of the Libertarian Party and has a degree in political science and history from Miami University in Ohio. He was also the honorary captain of the United States luge team at the 1998 Winter Olympics. He has appeared in a few movies, all of which, according to Nixon, are ?shitty.?

In his own words, Mojo Nixon is presently ?fat, fucked up, and forty-something.?

Mojo Nixon officially retired from the music business in 2004, playing his last live show on March 20 of that year.

In the late 1990s Nixon worked as a radio DJ in San Diego and Cincinnati. As of 2006 he hosts three shows on Sirius Satellite Radio. One on Outlaw Country channel, a politically themed talk show called Lying Cocksuckers on Sirius Stars, and a NASCAR show called Manifold Destiny. In October 2005, Mojo Nixon began appearing on the Sirius Howard 100 channel as the ?General Manager.?