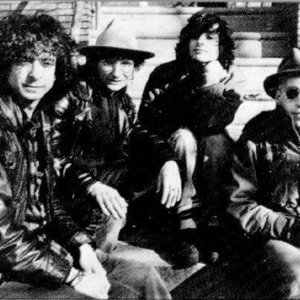 Irreverent absurdity fueled their initial popularity, particularly among college DJs. However, this genre was somewhat abandoned with the 1992 release of Soul Rotation, a much more subtle album.

After the Dead Milkmen went on indefinite hiatus in 1994, Genaro and Sabatino formed a new band, Butterfly Joe. Sabatino was also in the punk rock bands Narthex, Big Mess Orchestra, and Hunger Artists. Genaro was in a band called Touch Me Zoo. Linderman was in a band called Burn Witch Burn. Schulthise left music in the early 1990s after developing tendonitis, preventing him from playing bass, and committed suicide in 2004.

The Dead Milkmen took the stage again for two consecutive nights in November 2004 at the Trocadero Theatre in Philadelphia to play a show in memory of Dave Schulthise. Proceeds were donated to a variety of mental health organizations and to a Serbian monastery that Schulthise supported.

Welcome To The End Of The World

Cream Of The Crop: The Best Of The Dead Milkmen

Not Richard, But Dick