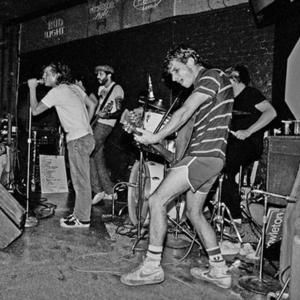 Circle Jerks is a hardcore punk band formed circa 1979 in Hermosa Beach, California, United States. It was formed by Black Flag's original singer, Keith Morris, and future Bad Religion guitarist Greg Hetson. They were among the preeminent punk bands of the L.A. scene in the early 1980s. The band broke up and reformed twice, sometimes with different bass players and/or drummers. They disbanded for the first time after the release of their fifth album, 1987's VI, as Hetson decided to continue touring and releasing a number of albums with Bad Religion.

However, they reunited around 1994 and recorded a reunion album, Oddities, Abnormalities and Curiosities, in the following year, then a tour followed. After that, the Circle Jerks once again parted ways as Hetson was still involved in Bad Religion, but reunited again around 2001. The band has continued touring ever since.

To date, the Circle Jerks have released six full-length studio albums, one compilation, live album and live DVD. Their last studio release, Oddities, Abnormalities and Curiosities, came out in 1995 and is the only reunion album the band has released to date. However, they are reportedly gearing up to release a new studio album, but it is unknown when it will occur.

Wild In The Streets

Group Sex / Wild In The Stree