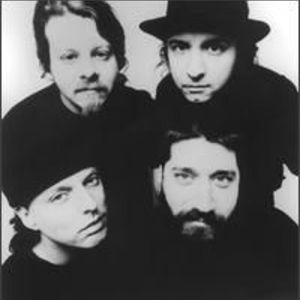 King Missile is a band that has been led in various incarnations by poet/singer John S. Hall since 1986. Their work, in the group's current configuration, is a type of performance art rock with John S. Hall's spoken word. In their first inception, as King Missile(Dog Fly Religion), the band's sound was a neo-pyschedelic blend of Dada influenced music and occasional spoken word as well as conventional singing.

Their music became more accessible with the departure of Dogbowl and the notable addition of former Bongwater guitarist Dave Rick. The group is probably best known for the 1993 radio hit Detachable Penis. They'd achieved a cult following via college radio with their 1986 song "Jesus Was Way Cool". They were an anchor band for the legendary independent label Shimmy Disc. Now known as King Missile III (pronounced "the third"), the group released its ninth album, Royal Lunch, in 2004.

Mystical Shit / Fluting On The Hump

The Psychopathology of Everyday Life

The Way to Salvation

My Heart Is A Flower